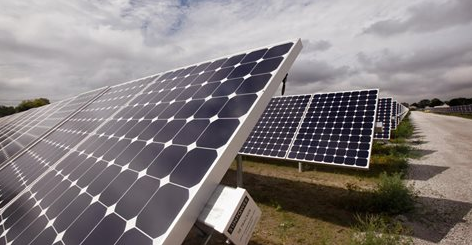 A widowed woman is struggling to pay her energy bills after getting duped into a fraudulent contract with Southern California Home Improvement Center, a small solar company from out of town.

“You feel so alone,” Owens said. “I didn’t know where to turn or who to talk to.”

Owens signed a solar contract installed by Southern California Home Improvement Center in May 2016. The salesman promised her and her husband the panels would zero-out their energy bill every month.

“Once it was installed, nothing happened,” she said. “My electric bill was the same.”

Soon after, Owens’ husband passed away and she was stuck paying her normal electric bill, plus the price of the solar panels that weren’t working.

Owens said the company forced her to add in ‘net metering’ to the contract which did not exist at that point for IID customers. Net metering is what lowers rates for solar users and conserves energy.

“This deal, they knew from the beginning that it was not going to pencil out and it was going to be a negative deal,” Otto said. “They let her go anyhow so that they could make a commission and a profit.”

Owens isn’t alone. Pages of complaints on Yelp and other sites show the same company has been targeting people in her demographic: retired and vulnerable.

“The truth is, over the course of the last ten years that Hot Purple Energy has been doing solar, we’ve seen a lot of companies do this,” Otto said. “Especially the companies from out of town.”

NBC Palm Springs reached out to Southern California Home Improvement Center. The address, phone number and license number were all disconnected which leads us to believe they’re a part of a much larger scam.

Otto said these scams can be avoided.

“My recommendations are always get multiple bids, stick with local, well-reputable companies, contact the contractor state licensing board, you can see who the RMO, or the responsible managing officer, is of that company and you can see their history,” he said. “You can see if they’ve had other complaints.”

In this case, there have been several just like Owens’.

Owens is attempting to sell her house but her realtor said the solar situation has devalued it by $35,000.

If a salesman for solar shows up at your doorstep, especially from out of town, be very wary, Otto said. This company has hit at least two other homes in the Coachella Valley.

On Wednesday, NBC Palm Springs will continue this story by following the scam trail that has caught the FBI’s attention and it’s not just for the solar industry.