A California Highway Patrol sergeant who was killed by an alleged drunken driver in Lake Elsinore will be remembered Tuesday in Riverside, where loved ones, colleagues and those who never knew the lawman will gather for a memorial service to pay their final respects.

Sgt. Steve L. Licon, 53, of Perris was fatally injured April 6 as he was conducting a traffic stop on the southbound shoulder of Interstate 15.

A service honoring the 28-year CHP veteran is scheduled to begin at 10 a.m. Tuesday at Harvest Christian Fellowship on Arlington Avenue, immediately adjacent to Riverside Municipal Airport, with a private burial service to follow.

Along with Licon’s family, friends and colleagues, representatives from law enforcement agencies throughout California — and possibly several neighboring states — are expected to attend.

The fallen officer, a Coachella Valley native, had been assigned to the Riverside CHP office since 2013 and had previously worked at the Baldwin Park and Santa Ana offices.

He was part of the saturation patrol deployed to Lake Elsinore and the Temescal Valley for weekend enforcement that began in late March in response to the “superbloom” crunch that brought traffic to a standstill and created numerous public safety hazards as visitors flooded Walker Canyon to view carpets of blooming flowers.

A greater number of CHP officers and Riverside County sheriff’s deputies were put on duty to contend with the dramatically increased traffic volume that prompted multiple road closures.

Licon was on motorcycle patrol, and he had stopped the driver of a Chrysler sedan about a mile north of Nichols Road moments before 36-year-old Michael Joseph Callahan allegedly came barreling down the shoulder of southbound I-15, apparently to get around bumper-to-bumper traffic. 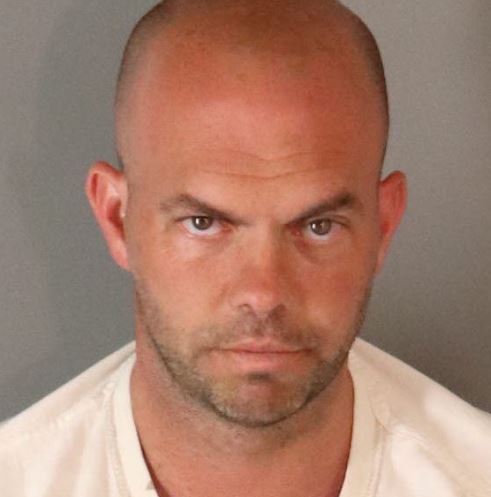 According to the CHP, Callahan, at the wheel of Toyota Corolla, plowed into Licon, his bike and the back of the Chrysler.

Licon was taken to Inland Valley Medical Center in Wildomar, where he died a short time later.

The occupants of the Chrysler escaped injury. Callahan suffered minor injuries. The convicted DUI offender has since been charged with second-degree murder and is being held in lieu of $1 million bail at the Robert Presley Jail in Riverside.