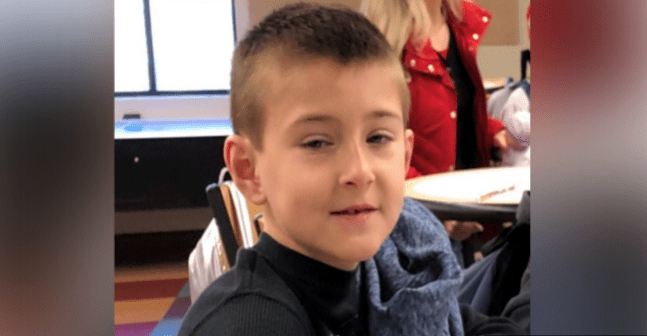 A Corona woman whose 8-year-old son was allegedly killed by her husband after numerous acts of abuse that investigators say she witnessed but did nothing to stop pleaded not guilty Monday to felony child endangerment.

Jillian Marie Godfrey, 36, was arraigned before Riverside County Superior Court Judge O.G. Magno, who scheduled a felony settlement conference for May 17 at the Riverside Hall of Justice.

Godfrey, who is being held in lieu of $500,000 bail at the Robert Presley Jail in Riverside, was charged last month alongside 32-year-old Bryce Daniel McIntosh, the father of her son and 11-year-old daughter. 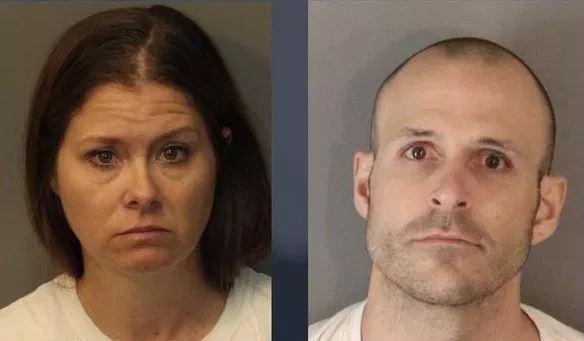 McIntosh is charged with first-degree murder and a special circumstance allegation of inflicting torture in the killing of his son Noah, who was declared missing in mid-March and is presumed dead.

McIntish is being held in lieu of $1 million bail at the Riverside jail and is slated to return to court on Tuesday for a status hearing.

According to police, Godfrey and McIntosh lived in separate apartments at 4637 Temescal Canyon Road, but they were sometimes together with their children.

An arrest warrant affidavit filed by Corona police Detective Mario Hernandez alleged that Godfrey waited until March 12 to report her son missing, even though she had not seen him for 10 days by that time.

According to the detective, the woman had documented instances of alleged abuse, including “Bryce admitting to putting Noah in hot water, Noah being placed in cold water for approximately 2 1/2 hours, Noah being put in a tub of cold water for over six hours, and … Noah in Bryce’s bathroom with his feet tied up.”

Godfrey told investigators that the last time she saw her son, McIntosh had taken Noah into the bathroom of his apartment, and the boy asked his father “why he was hurting him,” according to the affidavit.

McIntosh refused to speak with detectives, according to Hernandez. A search warrant was obtained and served at the defendant’s apartment on March 13, resulting in his initial arrest for alleged child abuse.

After accessing the data on the defendant’s phone, detectives discovered that McIntosh had sought information via the internet on “normal heart rate for 8 year old,” “how exactly sodium hydroxide works,” “sodium hydroxide to water,” “what exactly is sulfuric acid,” “what does sulfuric acid do to aluminum” and “what kind of plastic can stand (muriatic) acid,” Hernandez wrote.

He said detectives confirmed McIntosh had purchased the following items from a Corona Home Depot on March 4: long-cuffed gloves, 24-inch bolt cutters, four gallons of muriatic acid and a 128-ounce bottle of drain opener. Later that same day, the defendant also went to a Lowe’s Home Improvement Center and bought a 32-gallon trash can and a 32-ounce bottle of sulfuric acid drain opener, according to court papers.

Data extracted from McIntosh’s mobile phone showed that he made a trip on March 4 to remote Wilson Valley Road in Aguanga — more than 50 miles east of his residence — as well as to Squaw Mountain Road in Temescal Valley the next day, according to the affidavit.

Corona police officers and FBI agents visited the locations, and at the first one, they found a trash can, a paper with “Noah M.” written on it, purple latex gloves, a plastic bag with blood residue, parts from a kitchen blender, empty bottles of drain cleaner, blankets and yellow towels, Hernandez said.