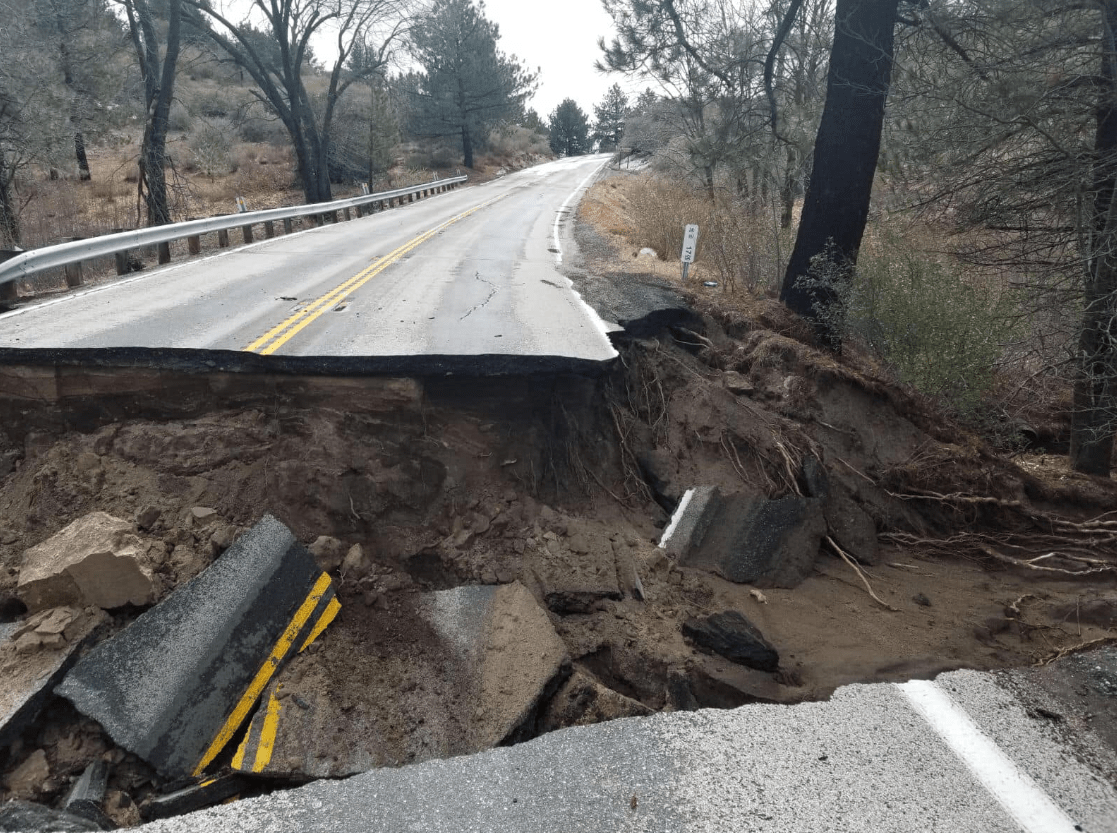 Portion of Highway 74 to Open for Limited Travel This Weekend

A stretch of state Route 74 between Hemet and Mountain Center that was severely damaged during the Valentine’s Day storm will be opened to limited travel this weekend, Caltrans announced Wednesday.

The 15-mile segment of Highway 74 that was shut down after whole sections collapsed during the Feb. 14 floods that inflicted more than $70 million in damage throughout Riverside County will be open to travel, under escort, starting 6 a.m. Saturday, officials said.

The Easter holiday was cited as a primary factor in prompting the accommodation.

A road director will guide vehicles from 6 a.m. to midnight Saturday and Sunday on both the eastbound and westbound sides of state Route 74 through the areas where repairs are being completed, Shane Massoud of Caltrans said.

Beginning Monday, Caltrans pilot vehicles will be escorting commuters on both sides of the two-lane corridor daily, between 5 a.m. and 8 a.m., and then again between 6 p.m. and midnight. Outside of these hours, the full closure will be in effect, requiring motorists to take detours, Massoud said.

The speed limit along the entire route will be 25 mph. In construction zones, anyone caught attempting to speed will be fined double the standard citation amount, according to Massoud.

The worst damage was at the Strawberry Creek crossing, about three miles west of Mountain Center.

Burnsville, Minnesota-based Ames Construction Inc. was hired — at a cost of nearly $10 million — under a Caltrans emergency work order to repair the pitted portions of Highway 74, as well as Highway 243 between Banning and Mountain Center.

A nearly 10-mile segment of Highway 243 just north of Idyllwild was reopened earlier this month after a seven-week closure stemming from the Valentine’s Day storm.

The portion of the two-lane corridor between Idyllwild-Pine Cove and the Lake Fulmor recreation area was restored after crews worked 24-hour shifts, according to Caltrans.

More than two dozen locations on Highway 243 were damaged, while over 40 spots along Highway 74 sustained damage in the storm, officials said.

The stretch of Highway 243 between Idyllwild and Banning remains entirely shut down.