Culver City police announced Monday they will no longer conduct a search of a landfill in Riverside County for the remains of a 6-month-old boy whose parents have been charged with child abuse in connection with his death.

“After weeks of research, consultation with subject matter experts from the National Center for Missing and Exploited Children, and discussions with Waste Management and the Los Angeles County District Attorney’s Office, the Culver City Police Department has decided to discontinue the search of the El Sobrante Landfill for the remains of Jacsun Manson,” a police statement said.

“We make this decision with a heavy heart after an exhaustive investigation was unable to narrow down the possible location of Jacsun’s remains within the landfill to a point that would make continuing the search reasonable,” the police statement said.

According to police, Jacsun’s parents, Kiana Williams and Adam Jackson, were both held to answer at a preliminary hearing on charges of felony child endangerment resulting in death on April 11. They remain in custody on $5 million bail each. 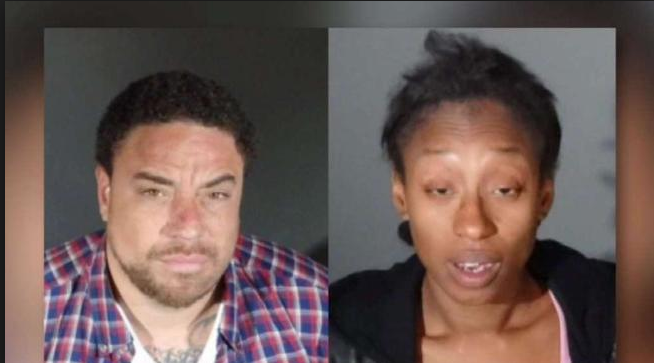 Their arraignment is scheduled for Thursday at the Criminal Courts Building in downtown Los Angeles.

The baby hasn’t been seen since late December, and police believe his remains were thrown into a trash bin at the Baldwin Hills Crenshaw mall and may have ended up in the landfill in Corona.

Williams and Jackson were staying with their infant son in a South Los Angeles motel room on New Year’s Eve and were allegedly doing drugs and later found their child was dead, according to the Los Angeles County District Attorney’s Office.

The parents put their son’s body in a suitcase and left it in a trash bin, according to Deputy District Attorney Jon Hatami.

Investigators searched the El Sobrante Landfill on Feb. 25, but were unable to find any sign of the infant, Culver City Police Capt. Jason Sims said.

The boy’s parents — who had been living at a shelter in Culver City — were arrested Jan. 3, when they were found in a stolen vehicle, police said. Jacsun, who was last seen Dec. 31 with his parents, was officially reported missing by the Los Angeles County Department of Children and Family Services on Jan. 25.