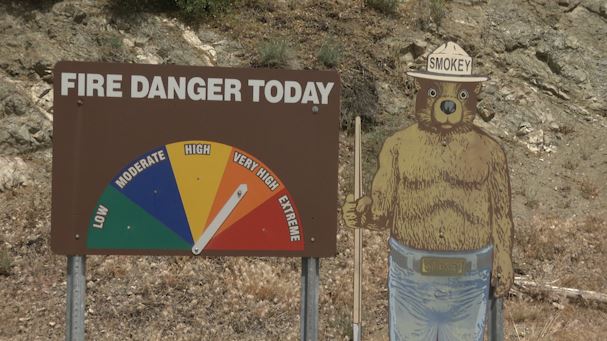 We are starting to move back into wildfire season and this could very well be another devastating one in southern California. In fact, dry and windy conditions are making their way back into the Coachella Valley, which means dry brush and sparks will be eminent threats. NBC Palm Springs went up to Idyllwild, where homes are just now starting to be restored from the Cranston fire, and saw that brush is already starting to dry out in that area.

Wayne Clark, who has lived in Idyllwild for 38 years, tells us he is nervous for this upcoming fire season. In fact, he is still working to overcome the devastation that folks out there faced with the Cranston fire.

“A lot of crews, a lot of departments, a lot of work was put in to save this town.”

Aside from being a volunteer with the Fire Department out there, Wayne is also a contractor who is restoring burned homes in that area. So far, only one of the (at least) four homes is being restored. With every drill, every stroke of paint, and every nail he hammers down, he can’t help but remember the devastation the last fire brought to his town.

“It was the hottest day of the year and it was at prime burning conditions. We’ve had some fires in the past but this one was coming right at us. I thought to myself, I can’t believe this is happening.”

At this point, given his experience with the fire department, he knew the loss of life was palpable. Now the question becomes, could this be happening again? Now, it is important to note that although the Cranston fire was started by an arsonist, according to the latest National Significant Wildland Fire Potential Outlook, above normal fire potential is expected June through A in  southern California. This will mainly be due to dry conditions that will dry out brush, and increase the potential for fire.

In fact, the damage in Idyllwild is still visible, and could get worse. Wayne tells us the fire, by the home he is restoring, came in through the draw. Then, caught on to the Live Oaks and the Pine trees that were surrounding the home. The fire then caught the eves on fire, which caused the left side of the home to burn. He has been able to restore the left side of the house and is working on replacing charred windows and burned siding of the home.

“I think it was a good wake up call. I think there’s a lot of work to be done for fire prevention. I hope people will take it seriously,” he told BC Palm Springs.

Also the record rainfall that we had this winter isn’t helping. In fact, it is causing greenery to grow, which would easily dry up and spark a flame. So be mindful this upcoming fire season and have an evacuation plan, so you don’t get trapped in a smokey situation.

CalFire suggests you keep your car well-maintained, pull out any dry brush or weeds around your home, and call 9-1-1 immediately if you see a spark. For more information on fire safety, feel free to visit their website or their mobile app.