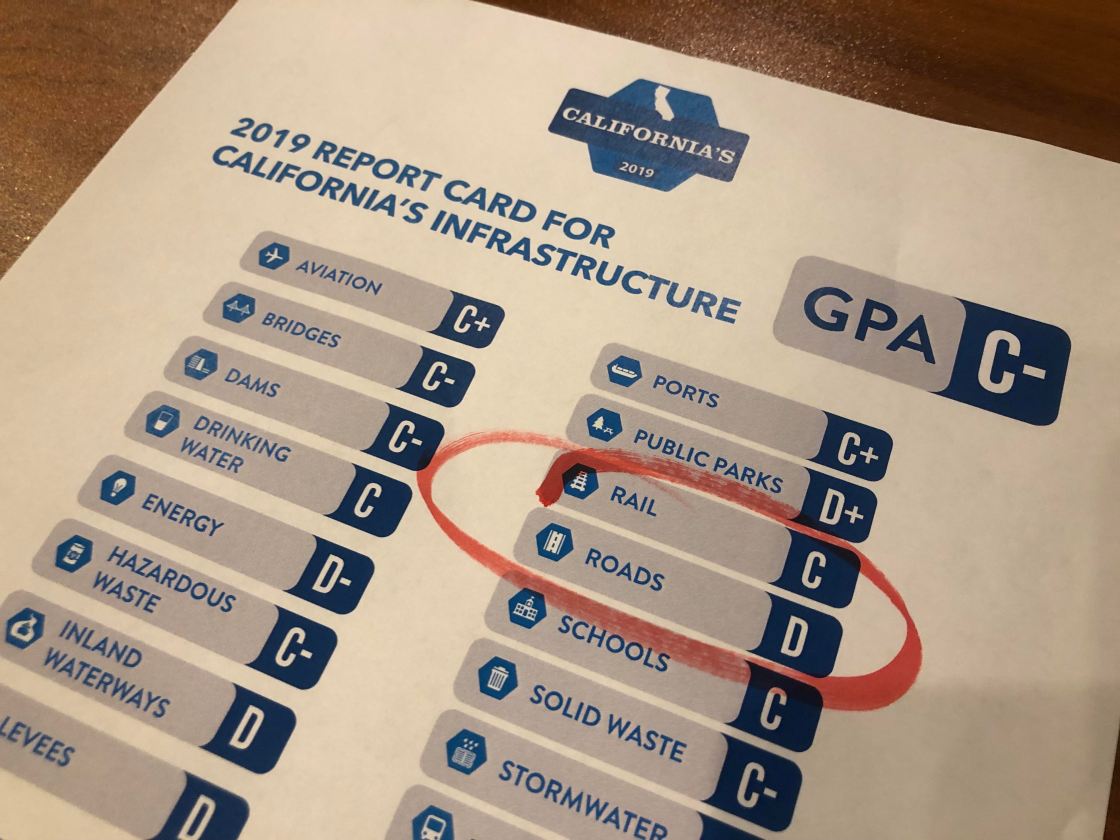 Bill Rangel drives across the country six days a week. When told about the poor grade California’s roads received, he was not surprised. “The holes are just ridiculous,” he said.  “A couple of times I’ve gotten a flat because the holes are so dang big,” Rangel exclaimed.

Terri Kasinga, a spokeswoman for Caltrans District 8, said the I-10 freeway is one of the biggest thoroughfares for truck drivers. Kasinga said at the time it was built, it wasn’t made for today’s sheer volume of traffic. “In order to bring it up to the state standards, it’s going to take a much larger amount of money than the $54 billion that was put aside for SB 1,” Kasinga said.

John Hogan worked on the report. He said he believes the money from SB 1 will help improve California’s deteriorating roads, but it is still not enough. “We have our hands full just to accommodate existing traffic and then repair and improvement have been somewhat neglected,” Hogan said.  “We have a lot of catch up to do,” Hogan added.

Caltrans said it hopes to see a better grade next year. “We have enacted a lot of SB funding in the low desert region all the way to Blythe on the 10, highway 111 and the 86 has had quite a few paving projects. So probably on the next report, you’ll see an improvement on that grade,” Kasgina said.

Drivers like Rangel are praying for a better grade, but most importantly, better roads. “I’m a big truck. So can you imagine being in a vehicle? It’s dangerous,” he said.