A man accused of gunning down the co-owner of a Downey liquor store, then shooting at officers from the passenger seat of a car driven by his girlfriend in a wild televised chase has died, according to the Los Angeles County Sheriff’s Department.

Dylan Andres Lindsey, 24, of Torrance, had been hospitalized since Friday. In a statement, the department said he died from an apparent self-inflicted gunshot wound.

Lindsey was charged in the killing of Gurpreet Singh, 44, inside ASL Liquor and Market in the 8500 block of Paramount Boulevard about 10:15 p.m. on May 7, authorities said.

He was also charged with eight counts of assault with a firearm on a peace officer involving two Downey police officers, five Los Angeles County sheriff’s deputies and one Bell Gardens police officer on Friday, according to the criminal complaint.

Authorities say Lindsey was the man in the passenger side of the Prius firing back at officers during a chase NBC4 televised on Friday.

The chase traveled on the 710 Freeway, then onto streets in Commerce and Vernon, as the suspect opened fire at officers and even appeared to shoot at a sheriff’s department helicopter.

Officers did not return fire during the chase, according to the sheriff’s department.

The Prius stopped in traffic near Bandini Boulevard and Downey Road, where the passenger again began firing at officers, who returned fire, shattering windows on the car.

Lindsey suffered at least two gunshot wounds, one of which is believed to be self-inflicted, and remained hospitalized in critical condition, according to the sheriff’s department.

Lindsey’s girlfriend, Alison Hart, 37, got out of the Prius and surrendered. Aerial footage of the end of the chase showed Hart covered in blood as she was taken into custody.

She was taken to a hospital where she was treated for a non-life threatening gunshot wound. When she was released from the hospital, she was taken into custody and booked, LASD Deputy Erin Liu said.

Hart was charged with being an accessory after the fact and fleeing a pursuing officer while driving recklessly, according to the Los Angeles County District Attorney’s Office.

According to the California Department of Corrections and Rehabilitation, Lindsey was sentenced on May 5, 2017 to two years in state prison for assault with force likely to produce great bodily injury. 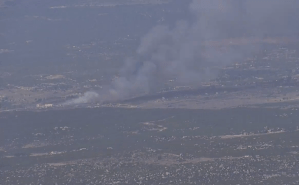 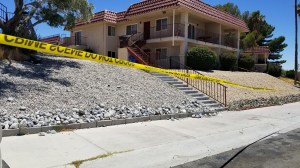 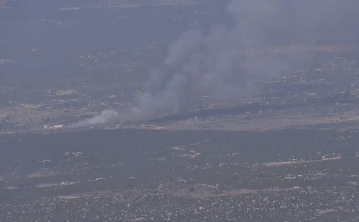 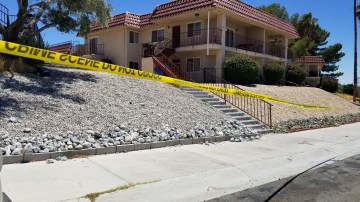