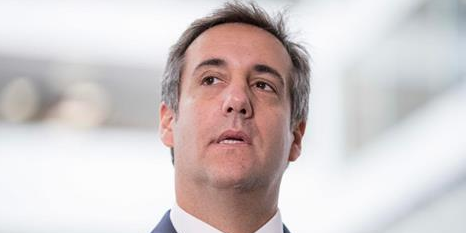 President Donald Trump’s former lawyer Michael Cohen told lawmakers behind closed doors that Jay Sekulow, one of the president’s attorneys, encouraged him to give untrue information to lawmakers about the Trump Tower project in Moscow, according to transcripts released Monday.

Cohen testified to the House Intelligence Committee earlier this year that Sekulow told him to say in 2017 that discussions about the project had ended in January 2016, when, in fact, they had continued for months after that, the transcripts show.

Sekulow responded Monday through his attorneys, saying that Cohen, who is serving a three-year prison term, should not be believed.

“That this or any Committee would rely on the word of Michael Cohen for any purpose — much less to try and pierce the attorney-client privilege and discover confidential communications of four respected lawyers — defies logic, well-established law and common sense,” Sekulow’s attorneys, Jane Serene Raskin and Patrick Strawbridge, said in a statement.

Cohen, 52, also told lawmakers publicly that Sekulow was among Trump’s personal lawyers who reviewed and edited his 2017 statement to Congress regarding negotiations to build a Trump Tower in Moscow.

“There were changes made, additions, Jay Sekulow, for one,” Cohen told the House Oversight Committee in January, when asked which lawyers for Trump may have reviewed or edited his 2017 statement.

Cohen pleaded guilty to lying to Congress and is now serving three years in federal prison. He admitted to making several significant false statements to the Senate Select Committee on Intelligence in 2017 about Trump’s Moscow project, including testimony that the project had ended in January 2016 because of “business reasons.”

Cohen told the House Oversight Committee during his January testimony that he made the false statement because at the time, he was extremely loyal to Trump. He also said that Trump “did not directly tell me to lie to Congress” but added that in Trump’s his way “he was telling me to lie.”