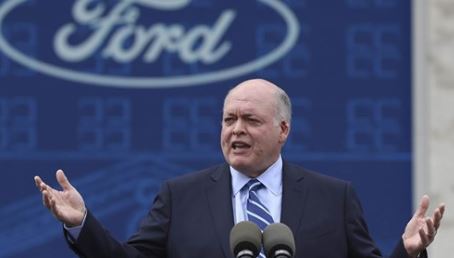 Ford Motor Co. announces thousands of workers to be laid off

Five hundred salaried Ford workers were informed by letter Monday that they were being laid off and will have to clean out their desks by the end of the week.

And that’s just the first of a wave of layoffs in the U.S. that is expected to hit 800 by the end of June and 7,000 worldwide by the end of August, Ford CEO Jim Hackett said in a letter to employees.

Bearing the subject line “Smart Redesign Update,” Hackett wrote that the cuts will reduce the management ranks by 20 percent and result in annual savings to the company of $600 million.

“We also made significant progress in eliminating bureaucracy, speeding up decision making and driving empowerment as part of this redesign,” according to Hackett.

Hackett also wrote the company is trying to make the separation as painless as possible. “Ford is a family company and saying goodbye to colleagues is difficult and emotional,” Hackett wrote. “We have moved away from past practices in some regions where team members who were separated had to leave immediately with their belongings, instead giving people the choice to stay for a few days to wrap up and say goodbye.”

Ford’s move comes as the U.S. auto industry find itself united in opposition to President Donald Trump’s threats to impose tariffs on cars and car parts imported from the European Union and Japan.

There was no immediate response from the White House to Hackett’s announcement. But the layoff announcement came as President Donald Trump was heading for a rally in Pennsylvania.

Hackett thanked the departing workers for their service to the company and said they have “a range of resources and services in place to support employees in managing this transition.”

“As we have said, Ford is undergoing an organizational redesign process helping us create a more dynamic, agile and empowered workforce, while becoming more fit as a business,” Barbossa said. “By the end of the process in August, we expect to have eliminated about 7,000 salaried positions or about 10% of our global salaried workforce.”

But last year, as Ford lost money everywhere around the world but North America, Hackett got a six percent raise, bringing his total compensation package to nearly $18 million. That includes a $1.8 million base salary, $12.7 million in stock awards, and $3.2 million in other compensation.

Ford is not the only U.S. automaker to stage mass layoffs this year. General Motors in February announced it was laying off 4,000 white collar workers. And then in March, GM announced it was shuttering the sprawling Lordstown plant in Ohio and eliminating 1,700 hourly positions.