The redesign of the $20 bill featuring Harriet Tubman will no longer be unveiled in 2020, Treasury Secretary Steven Mnuchin said on Wednesday.

The unveiling had been timed to coincide with the 100th anniversary of the 19th amendment, which granted women the right to vote. Mnuchin said that the design process has been delayed, and no new imagery will be unveiled until 2028.

“The primary reason we have looked at redesigning the currency is for counterfeiting issues,” Mnuchin said in response to questions from Rep. Rashida Tlaib, D-Mich., during a hearing before the House Financial Services Committee. “Based upon this, the $20 bill will now not come out until 2028. The $10 bill and the $50 bill will come out with new features beforehand.”

The Tubman design was announced in 2016 by former Treasury Secretary Jack Lew, following a 10-month process in which the department sought input from the public.

“The decision to put Harriet Tubman on the new $20 was driven by thousands of responses we received from Americans young and old,” Lew said at the time. “I have been particularly struck by the many comments and reactions from children for whom Harriet Tubman is not just a historical figure, but a role model for leadership and participation in our democracy.”

President Donald Trump, months before he was elected, called the decision to put Tubman on the currency “pure political correctness” and proposed putting her portrait on the $2 bill.

Sen. Jeanne Shaheen, D-N.H., introduced a bill earlier this year that would direct the Treasury to print Tubman’s portrait on all new $20 bills starting in 2021. 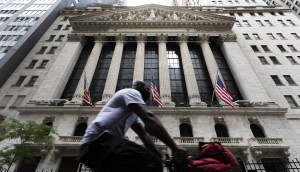