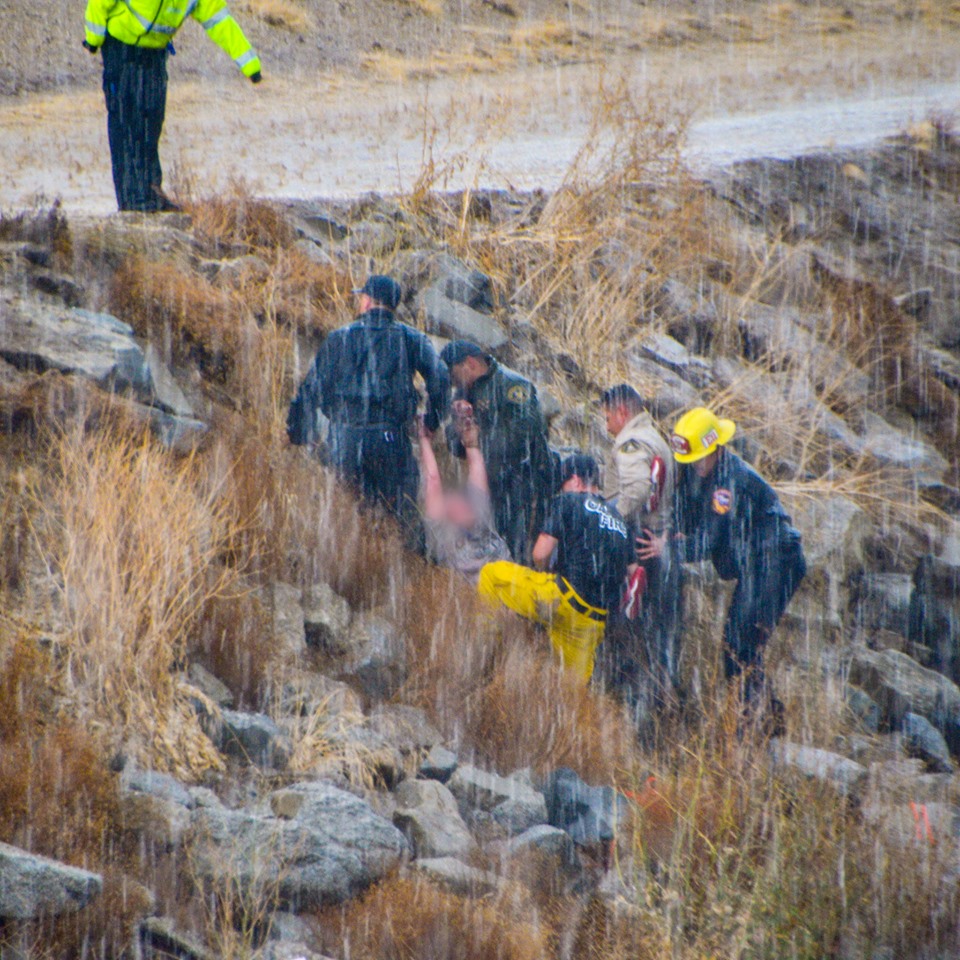 Woman Swept Down Storm Channel During Rainstorm, Rescued by Firefighters

A homeless woman who attempted to cross a storm channel in Moreno Valley after a thunderstorm swelled the spillway was swept away Wednesday, floating downstream for nearly a mile before she was rescued.

The victim was reported in chest-high waters in the Perris Valley Channel, near the intersection of Alessandro Boulevard and Heacock Street, about 1:25 p.m., according to the Riverside County Fire Department.

Sheriff’s deputies were called to the area first and spotted the woman floating southbound in a shopping cart, according to reports from the scene.

Fire crews initiated a swift-water rescue and began trying to get ahead of the woman, as she was dragged in 15 mph waters toward the Perris Reservoir.

A battalion chief said firefighters tossed a line to the victim several times, and she was ultimately able to grab hold of the end of it about 1:55 p.m., somewhere between Heacock and Indian streets.

The unidentified woman was taken to Riverside University Medical Center with unspecified injuries.