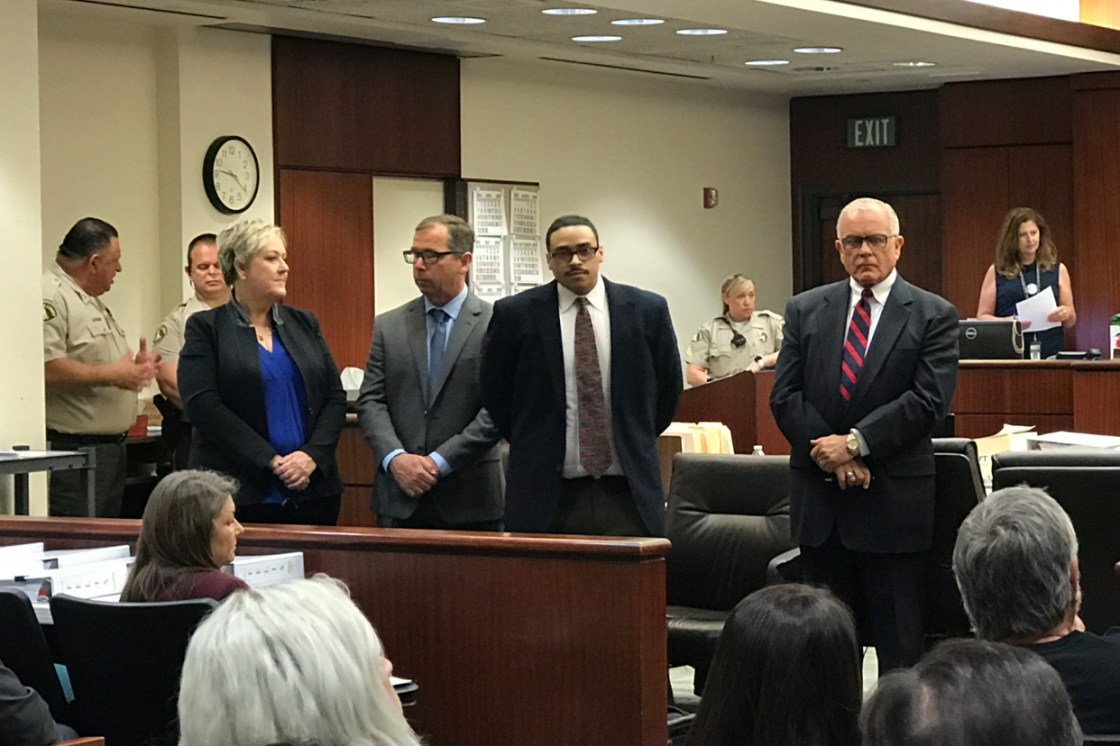 The prosecution and defense have both called their last witnesses in the penalty phase of the John Hernandez Felix trial. Felix was found guilty of first degree murder in the shooting deaths of Officer Jose ‘Gil’ Vega and Officer Lesley Zerebny.

The prosecution’s last witness on the stand, Yvette Clark, the daughter of Officer Vega. She wept as she told jurors how much her father was looking forward to retirement to spend time with his family, a retirement that was only two months away. She broke down as the last text she received from her father was displayed: Happy birthday have a great day. Love you, read the text with a response from her: Thanks Daddy. Love you.

The day of her birthday is October 8, the day her father was murdered.

Then the defense called up their two witnesses: Felix’s mother Margarita Felix and his sister Maria Felix.

His mother wept quietly as pictures of John growing up were shown, happy times at birthday parties and parks through graduation.

“That’s my boy,” Margarita would say when she was asked who was in the picture.

Margarita broke down when defense attorney Jacob Devane asked if she loved her son.

“With all my heart she responded,” adding she did everything in her power to prevent the killings, then raised her voice through tears pleading for her son’s life saying, “I would rather have my life taken away than my son’s.”

As she left the stand she asked the Judge Anthony Villalobos if she could look at her son, he said yes.

She stood in front of him for a moment and said, “Hi mijo, I love you,” and blew him a kiss and walked out of the courtroom.

Closing arguments in the penalty phase of the trial begin Thursday morning at the Larson Justice Center in Indio. Then jurors will decide if John Hernandez Felix will be sentenced to death or spend the rest of his life in prison.