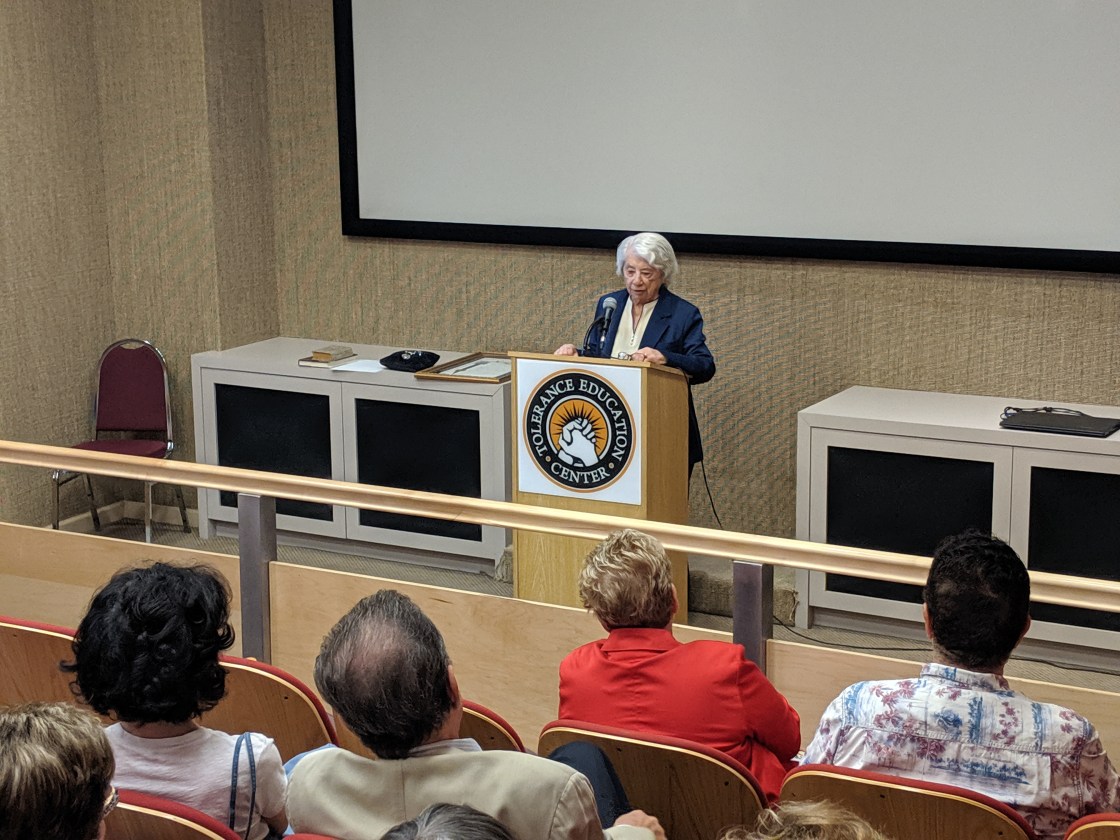 Holocaust Survivors are honored each year in Sacramento with a special ceremony, but as years go by the travel becomes more difficult for the aging survivors of genocide, this year the celebration traveled to a married couple in Rancho Mirage who’s hope them alive through the darkness.

Erika Fein and her husband Herbert Fein are being honored by the office of Assemblymember Chad Mayes for their courage through one of the darkest moments in human history.

Erika Fein said, “One day a lady not too much ahead of me collapsed and the soldier just came over and killed her, that was the first time in my 15 years of life I have ever seen anyone being killed.”

Her mother and many of her family members were part of the millions of Jews who died in the Holocaust. She was captive in Auschwitz, a concentration and extermination camp by the Nazis.

Despite the atrocities she lived through, Fein never lost hope.

“When Anne Frank died I think just like mother till the very end, you hope that people are going to be good,” Fein said. “Prisoners of war will probably tell you this when you lose hope, you’re half-way gone.”

Herbert Fein was able to survive the genocide by escaping to Shanghai, but he still faced tough times living inside a ghetto held by the Japanese.

He said, “But then the Americans came in and everything was rosy again, and we all hoped to get out of China and all of us did more or less in various countries.”

His wife was liberated by the British, but life brought both to the United States where they met and are now proud citizens.

Although, Fein is hopeful the country will go back to being more welcoming.

She said, “It saddens me to see what’s been happening to the Mexican population and to the immigrants who are trying to come to this country just to live.”

Assemblymember Eduardo Garcia will honor Holocaust survivor Jerry Gerhard Moses in a ceremony at the Tolerance Education Center in Rancho Mirage on June 21.