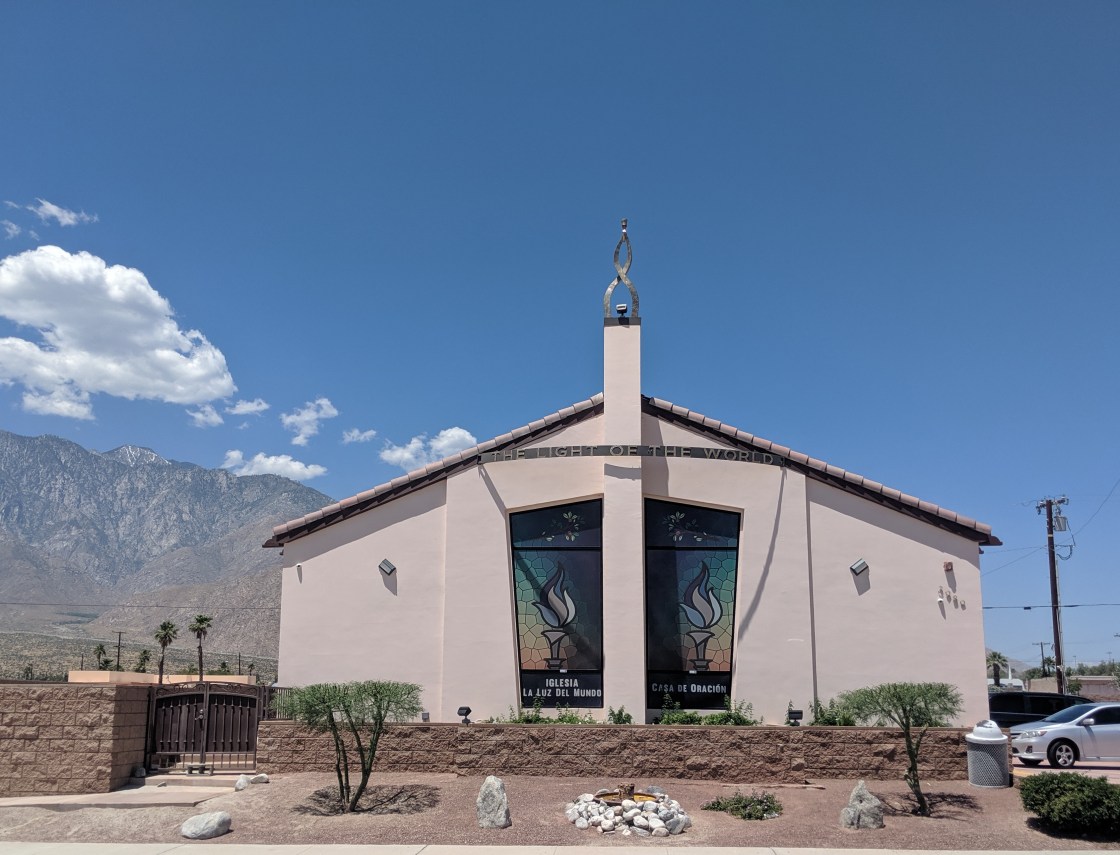 The leader of a global church with ties to the Coachella Valley is arrested on multiple charges of human trafficking and child rape by the California Attorney General’s office after he landed in LAX.

Joaquin Garcia is a well known religious leader around the world, his name appears on churches in many cities including Palm Springs.

The Pastor of the Palm Springs chapter of La Luz del Mundo, Azael Alonso said he personally knows Garcia and his family and he does not believe the charges.

Alonso said, “We know The Apostle Naason Joaquin for some time now, and we know him as a human being and as a spiritual leader, we know him and we are completely sure everything will get cleared.”

The criminal complaint obtained by NBC Palm Springs alleges that during a four year period, Garcia coerced young victims into performing sexual acts in Southern California and he is accused of telling them if they did not do as he said, “They were going against God.”

Alonso said the Palm Springs church has about 100 followers and said this is not the image they have of Garcia.

He said, “When everything clears-up I will also await the reaction from the media, so the injustice and partiality that’s taking place can clear and we can continue with our faith, we trust in that.”

In the 1990’s Garcia’s grandfather and founder of the church, Joaquin Flores, faced similar accusations in Mexico although he was never charged.

The church still has many programs for children and Alonso said he would hope any inappropriate activity to minors be called to his attention and report it to authorities.

Alonso said, “For us its a moral issue as a part of our doctrine, we are a church that respects the institutions.”

The California State Attorney, Xavier Becerra, will host a news conference in Sacramento to discuss the Los Angeles arrest of Garcia. Becerra’s office is asking any other victims to please call (323) 765-2100 or you can file a complaint online at https://oag.ca.gov/LLDM.