Alabama Gov. Kay Ivey on Monday signed into law a measure requiring anyone convicted of sex crimes with children younger than 13 to be chemically castrated as a condition of parole.

Under the new law, offenders required to undergo the reversible procedure must begin the treatment at least a month before their release dates and continue treatments until a judge finds that it’s no longer necessary.

Ivey, a Republican, made no public statement about the measure. She had given little indication whether she supported the measure until Monday, the last day she could sign the bill.

The bill was introduced by Rep. Steve Hurst, a Republican representing Calhoun County, who said that if he had his way, offenders would be permanently castrated through surgery.

“If they’re going to mark these children for life, they need to be marked for life,” Hurst told NBC affiliate WSFA of Montgomery.

“My preference would be if someone does a small infant child like that, they need to die,” he said. “God’s going to deal with them one day.”

The Alabama chapter of the American Civil Liberties Union, or ACLU, opposed the measure as unconstitutional.

“It could be cruel and unusual punishment,” Randall Marshall, the chapter’s executive director, told WSFA. “It also implicates right to privacy. Forced medications are all concerns.”

Alabama is at least the seventh state allowing or requiring physical or chemical castration of some sex offenders, joining California, Florida, Louisiana, Montana, Texas and Wisconsin. In most of those states, the treatment is a reversible chemical procedure, and in many of them, it is an optional process for which offenders can volunteer to win or speed up their parole.

The U.S. territory of Guam, in the Western Pacific, also allows voluntary chemical castration, although the procedure has never been carried out there. A bill in the Legislature seeks to make the procedure mandatory for offenders seeking parole, NBC affiliate KUAM of Hagatna reported. 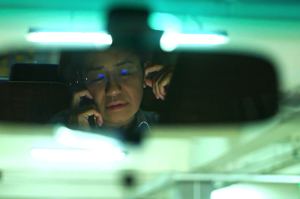