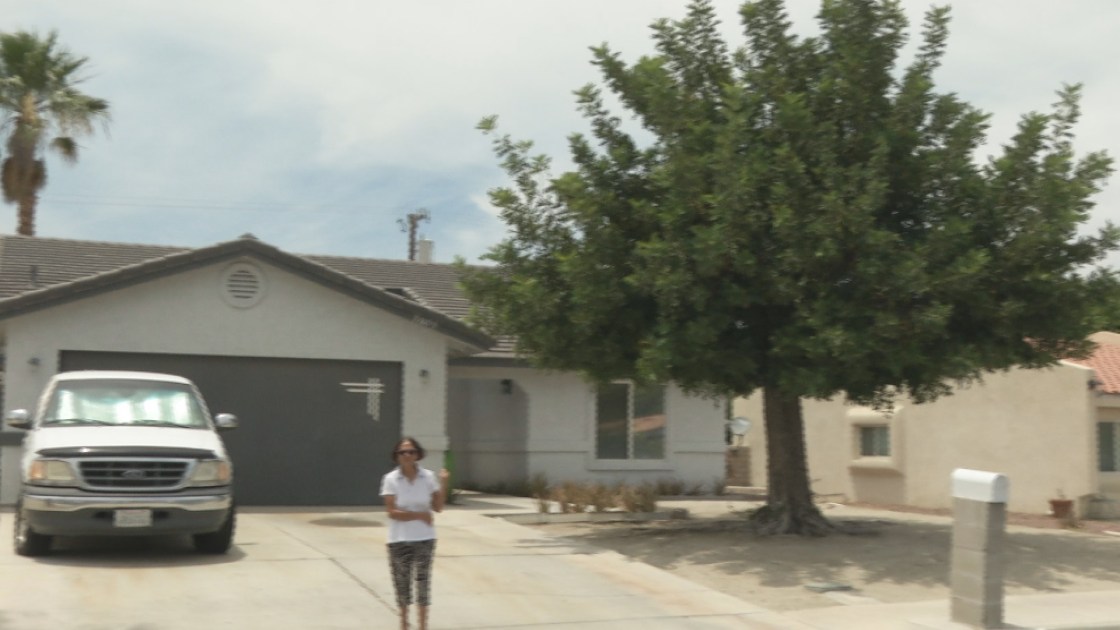 Connie Parise has a problem.

She says she let her lawn go to dirt when there were strict regulations on watering because of the drought, “And then right after that is when they started sending the letters us to put that landscaping you know like the desert scene.”

The letters from Cathedral City say she’s breaking the city ordinance by having a bare front yard and she must put something in by December.

She called the city several times to explain she’s a widow on a fixed income and putting in landscaping is not an option she can afford, “I tried to explain to her, I said, ‘You know if I had the money I would love to put that landscaping out there in front I would love to be able to do that but I‘m in a bind right now.'”

She says she’s certain there’s more people in her shoes, “I’m not only speaking for myself but I‘m speaking for a lot of people that live here.”

We went to city hall and explained her situation.

Chris Parman the communications manager says they’re familiar with the case, “The city in this particular case has been working with the homeowner for about five years now trying to find different ways to put her lawn back into compliance.”

He says they do understand there are hardships and try to balance working with homeowners and keeping the city beautiful, “We want to make sure that our neighborhoods are kept up and property values stay strong.”

He says the city will help her find a program to help but thinks the solution for her and others in her situation is something called ‘P.A.C.E.’, “The Property Assess Clean Energy Program … and the nice thing about this it doesn’t cost any money up front.”

She hopes there is an answer to her prayers, “I’ve been praying about this and asking, you know, help us come us with a solution.”