Young Hawks Fall out of the Sky from Extreme Heat 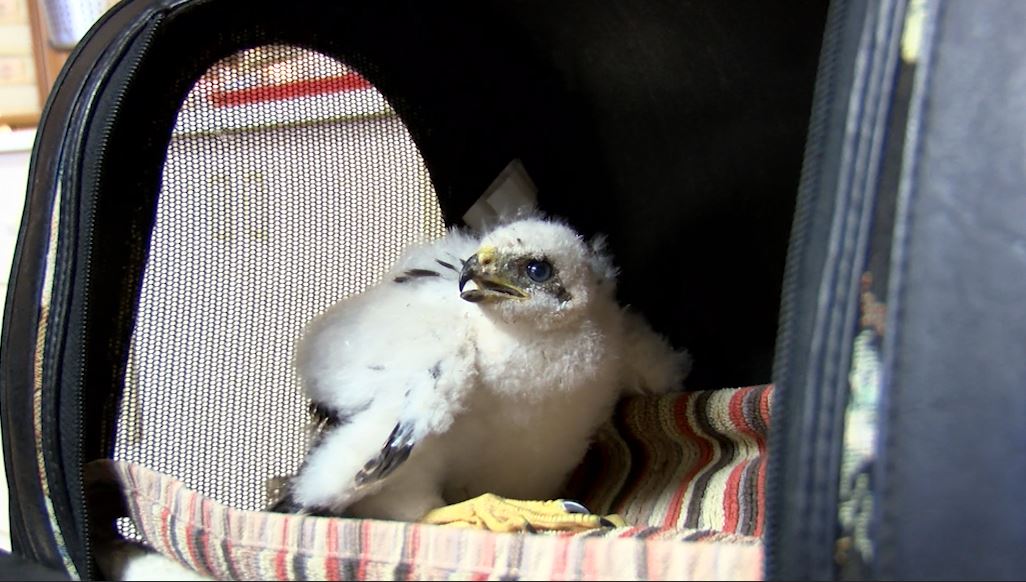 The extreme heat is having an impact on some wildlife, rescue experts said Fledging Cooper Hawks are literally falling out of the sky from the heat.

Dozens of month-old Fledging Hawks are being dropped off at the Coachella Valley Wild Bird Center in Indio, some of these birds are exhausted and dehydrated from the triple digit temperature.

The bird cages are scattered throughout the center with at least a couple of hawks in each, the director of the Wild Bird Center, Linda York, said there is no end in sight.

“When it jumps up 110 115, they rain down from the sky and that’s what’s happening,” York said. “For now we are bringing them inside where it’s cool, a lot of fluids and then start feeding them.”

York said the number of birds coming into the center is unusually high, but she said the extreme weather is causing the birds to flee their nests in order to find a cooler shelter on the ground, but the problem is that these young hawks cannot fly yet.

Officer B. Morneweck with the Riverside County Animal Services said his phone is ringing non-stop from residents who find these fragile hawks on the ground.

“I think this is a record number in the last couple of days we’ve had about 15 intakes of these Cooper Hawks,” Morneweck said. “They’re starting to come out of the trees just cause it’s so warm up there.”

Fifteen Fledging Hawks from the county animal services alone, although the Palm Springs Animal Control had already brought ten Hawks to York before the afternoon.

York and the center’s volunteers will keep the birds safe up until it is time to reunite them with nature.

York said, “We try to band them all so we know where they come from so we put them back where they came from.”

It is not recommended for locals to handle these birds if they are found on the ground, instead, it is best to call the local animal services who will provide proper care to the birds.