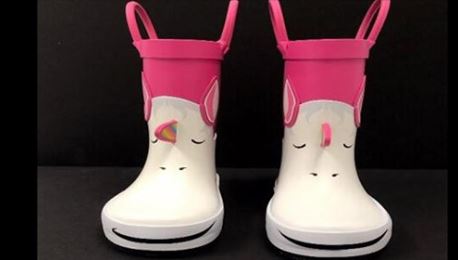 Target has recalled its Cat & Jack “Lilia” rain boots for toddlers, which are designed to look like unicorns, following consumer reports that the boots’ horns can come off and pose a choking hazard.

The $20 boots were sold between January and April at Target stores across the country, and on the company’s website, according to a recall announcement on the U.S. Consumer Product Safety Commission website Monday.

No injuries have been reported because of the hazard, but Target instructed anyone who purchased the boots to take them way from children and return them to Target for a full refund.

The recall affects about 29,000 boots after 11 people reported that the unicorn horn had come off.

This is the second unicorn-themed toddler boot recall that Target has announced this year. In Feburary, the company recalled its Cat & Jack Unicorn “Chiara” boot because its horn also posed a choking risk.