Patrick Shanahan, the acting secretary of defense who President Donald Trump said would be tapped to take over the job permanently, is stepping down and withdrawing from consideration, Trump said Tuesday.

“Acting Secretary of Defense Patrick Shanahan, who has done a wonderful job, has decided not to go forward with his confirmation process so that he can devote more time to his family,” Trump tweeted.

The announcement came within minutes of The Washington Post publishing a story that outlined a series of alleged domestic violence incidents within Shanahan’s family.

Shanahan spoke to The Washington Post on Monday and Tuesday about several domestic violence incidents, including the arrest of Shanahan’s wife after she punched him in the face and, in a separate incident, the arrest of his then-teenage son after hitting his mother with a baseball bat.

Last week, NBC News reported that Trump was having second thoughts about Shanahan as his next secretary of defense and had recently asked several confidants about alternative candidates for the key Cabinet post.

The White House announced May 9 that Trump had decided to nominate Shanahan, who has served as acting defense secretary since January. But the White House never formally submitted Shanahan’s nomination to the Senate.

While in Normandy, France, last week to commemorate the 75th anniversary of D-Day, Trump asked at least three people what they thought of Shanahan and if they had any suggestions for different candidates, four people familiar with the conversations told NBC News last week.

Those people said Esper was discussed as a possible replacement nominee should Trump change his mind about Shanahan.

Esper has served as Army Secretary since November 2017. He was previously a senior executive in government relations at the Raytheon Company and an executive at the U.S. Chamber of Commerce’s Global Intellectual Property Center. He also worked as an executive as the Aerospace Industries Association and as national security adviser for former Senate Majority Leader Bill Frist, R-Tenn.

Shanahan had been serving as acting Pentagon chief since former Defense Secretary James Mattis resigned at the end of December over a string of policy differences with Trump. 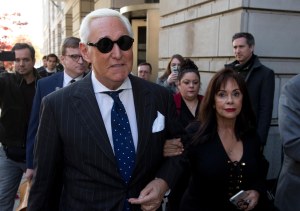