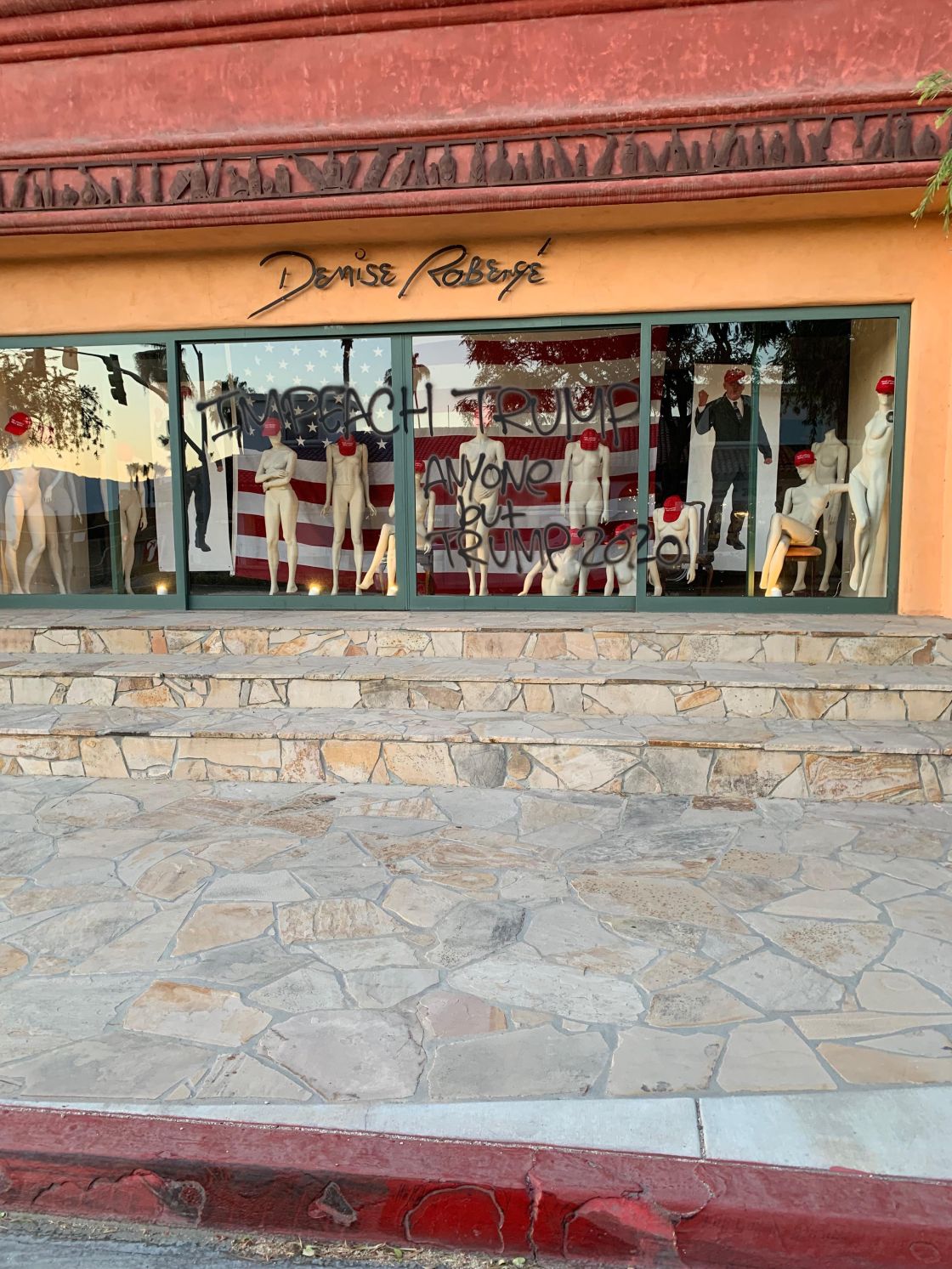 There’s been continued controversy as a local art gallery filled their front window display with a pro-trump exhibit. Over the weekend, vandals covered the exhibit with anti-Trump graffiti.

The owner of Denise Roberge Jewelry said the windows are her way of expressing freedom of speech.

“They’re for Donald, we’re all for Donald Trump, us conservatives,” Roberge said. “No socialism, Trumpism.”

One window case holds mannequins sporting Make America Great Again hats and the other has floating heads of prominent Democrats with their mouths taped shut. Above the heads are two signs, one reading no more lies and the other: no socialism.

“We need to stand up for our president and help him accomplish whatever his goal is for the American people,” Denise said.

According to Denise, several people have come into the business voicing their support for her windows.

Others, such as local resident, Deborah Sawicky, feel the opposite. She said the pro-Trump windows are unfair to the rest of the community.

This weekend, some vandals spray painted “impeach Trump,” “anyone but Trump 2020,” and “free the kids,” over the displays. It has since been removed.

“Conservatives and liberals are really too different,” Denise said. “One left brain, one right brain.”

“We just had to come see what it was about because you don’t see a lot of Trump support in California,” a tourist, Margo Argo said.

Both sides said they understand there’s always a flip-side to their views but still stand by what they believe.

“To have a window displayed like this right in our faces, keep it to yourselves,” Sewicky said.

“Gives your windows to your liberal followers and see if they can do an artistic window,” Denise said. “Could be fun to turn the street into a political discussion.”

Denise said that she doesn’t plan on taking the displays down anytime soon. In fact, she plans on adding to them in the future. She has now added black mannequins to the display.