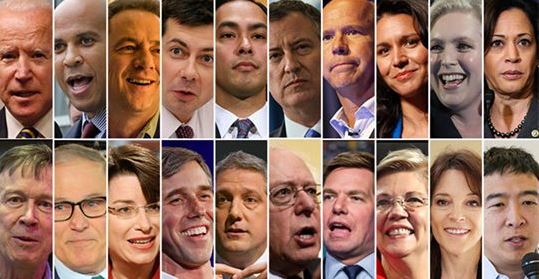 A Complete Guide to the 2020 Democratic Primary Debates

Ahead of the first Democratic debates of the 2020 presidential election on Wednesday and Thursday nights, here’s a primer with what you should know before the anticipated fireworks.

When and How to Watch the 2020 Democratic Presidential Debates

The Democratic National Committee has approved up to 12 debates. Six debates are scheduled this year and six more set for 2020.

The first debate, sponsored by NBC News, MSNBC, and Telemundo, will take place on June 26 and 27 from 9 p.m. to 11 p.m. ET at the Adrienne Arsht Center in Miami, Florida. The field will be split into two with 10 candidates debating each night.

NBC announced the candidates would have 60 seconds to answer questions and 30 seconds for follow-ups. The candidates will be allowed closing statements but no openers.

The debate will air live across NBC, MSNBC and Telemundo and also stream online free on this website, NBCNews.com, MSNBC.com, the NBC News mobile app and OTT apps, in addition to Telemundo’s digital platforms.

CNN will host the second debate in Detroit on July 30 and 31.

NBC News announced on June 14 the lineups of Democratic presidential candidates who are appearing on stage at the first debates in Miami. 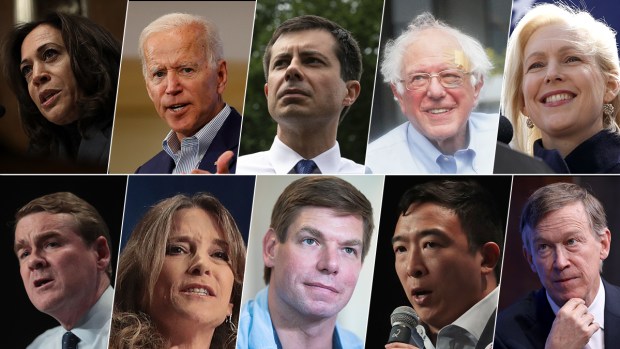 Three candidates who failed to make the cut for either night of the debate were Montana Gov. Steve Bullock, Massachusetts congressman Seth Moulton, and Miramar Mayor Wayne Messam.