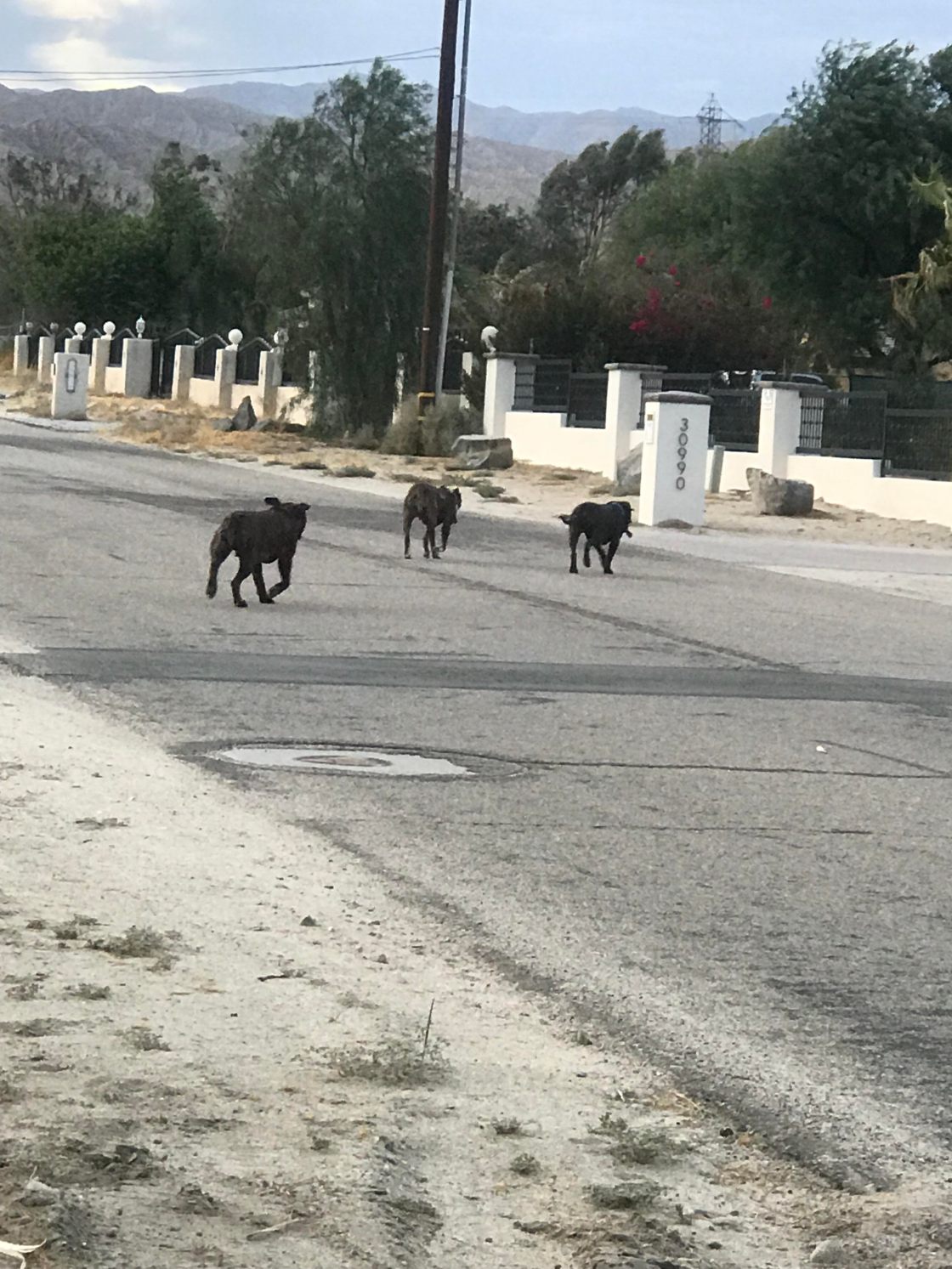 Three pitbulls attacked and killed a small dog through the fence of a backyard in Thousand Palms practically decapitating it this weekend, according to a family member. Now, the family is requesting the three attackers be euthanized.

In a video posted on Facebook, James Lindly described the horrific event of his dog, Pebbles, getting mauled:

“Just so we’re clear what we’re dealing with here, with these three dogs, basically they yanked my dog’s head out of the fence, and there’s blood all over the place. My kids witnessed this, my family witnessed this; ripped the collar off and pulled my dog through the fence, so I’m really trying to take this quite serious.”

Marcia Lindly witnessed the attack happen alongside a first-time baby-sitter. She described the fence, still bent from the aggressive dogs.

“Right here as you can see in this narrow little part of the fence, they had her whole head outside of the fence and as I came I was just shocked and frightened so I ran and got the sitter to go help me,” she said.

During the attack, Marcia’s two kids were inside but heard the commotion outside.

“We went out there and there was blood everywhere because dogs, three dogs, were biting their head off,” Brice, their oldest son said.

A neighbor had to help pry Pebble’s head out of the fence. The family’s beloved dog of ten years passed away 30 minutes after the attack.

“This is something we’re dealing with on a weekly basis,” he said. “This particular incident is pretty severe but this is happening around our county all the time.”

Welsh said the pitbulls owners have the option to surrender the dogs for euthanasia, which the Lindly’s said they hope will happen.

When NBC Palm Springs showed up to the pitbulls owner’s house, we heard the dogs inside barking and saw an official notice from the Coachella Valley Animal Campus on the door knob.

The owner, who later answered the door, declined to go on camera but he did say he knew little about the situation.

“The common thread here is responsible pet ownership,” Welsh said. “If people were better pet owners particularly when you own pitbulls or dogs such as rottweilers and whatnot, if people were responsible, these incidents would never happen.”

Animal Control said the officers who visited the pitbull’s property tried to reach the owners but have not received callbacks yet. According to Welsh, their next action will be to post dangerous dog restraining orders on all three.

The pitbulls owners can appeal those restraining orders by requesting a hearing or they can surrender the dogs for euthanasia.

“We just want the dogs put down so they don’t injure anyone else, any other children, or any animals in the neighborhood,” Marcia said. “I’m already scared to go out to my car and unload groceries so we just want to feel safe again.”