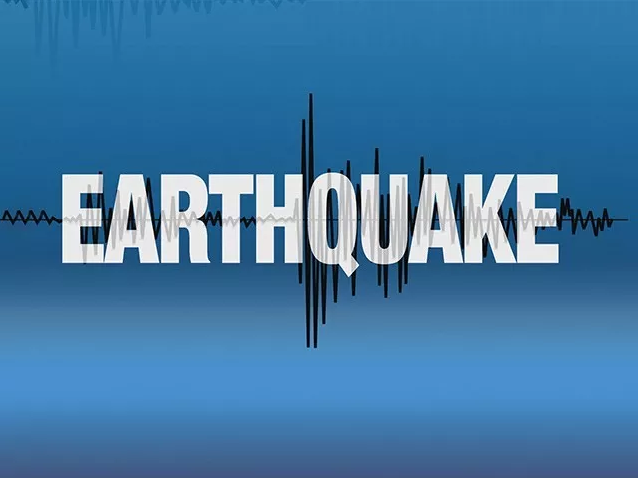 Dr. Lucy Jones, seismologist with the US Geological Survey, warned residents that they should expect to see many more quakes — and there’s a chance of another damaging one today.

At a news conference, she explained that we might be seeing two different faults in today’s earthquake.

A magnitude 6-4 earthquake was felt throughout the Southland Thursday, shaking up local residents celebrating the Fourth of July.

The quake, which began at 10:35 a.m., was centered about 7 miles southwest of Searles Valley, a sparsely populated part of the Mojave Desert in northwestern San Bernardino County, according to the U.S. Geological Survey.

Southland police and fire agencies quickly took to social media, reporting no injuries or structural damage from the shaking, but possibly one structure fire.

–Earthquake damage on Trona Rd. We can confirm evacuations are underway @ Ridgecrest Regional Hospital per KCFD.

The Los Angeles, Beverly Hills and Pasadena police departments reported that no damages has been called in response to the reported 10:33 a.m. shaker.

The City of Anaheim reported that the city has no immediate issues and the Laguna Beach Police Department advised their citizens to be “safe wherever you are and watch out for those earthquakes.”

The Los Angeles Fire Department reported that “all 106 fire stations are out conducting a strategic survey of their districts to determine if any damage exists. Once this process is complete, an overall assessment of the impact in the City of Los Angeles will be compiled.”

The Los Angeles Police Department reported that they have not received any reports of damage or calls for service within the city in relation to the earthquake.

Southland police agencies were reminding the public not to use 911 for earthquake questions unless they have injuries or dangerous conditions to report.

It was the strongest quake to be felt in Southern California since 1999, according to seismologist Lucy Jones of Caltech, founder of the Dr. Lucy Jones Center for Science & Society.

Jones said the quake was not on the San Andreas fault.

“It is an area with a lot of little faults but no long fault,” she tweeted.

Officials with the San Bernardino County Fire Department tweeted that they were conducting an assessment of the region and “no injuries reported, however buildings and roads have sustained varying degrees of damage.”

A later tweet said multiple buildings had been found with minor cracks, along with broken water mains, downed power lines and rockslides on certain roads.

Several aftershocks in the magnitude-3 range were reported by the USGS, as expected following a substantial quake. Jones said there was a better than 50-percent chance of a larger aftershock in the magnitude-5 area “sometime this afternoon.”

I felt the earth move #earthquake. #laearthquake Hope everyone is safe out there. pic.twitter.com/2LaSJ3iFbF

Full shot of my dads store in Ridgecrest 😓 pic.twitter.com/WPXnHxx00m