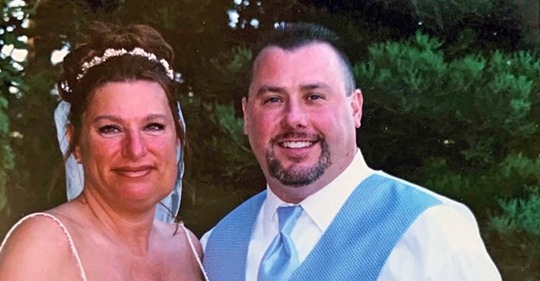 A Bay Area family is outraged and appealing to the governor this week after a parole board recommended the early release of a man who beat and strangled his wife in 2006.

Steven Burr is serving a 15-years-to-life sentence for his second-degree murder conviction in the killing of his wife, Diana Basham, in Contra Costa County. Now just 13 years into that sentence, he could be set free.

“I love my sister, and I wish she was still with me,” said Stacy Hofacre, who has had to learn to adjust to life without her older sister and best friend.

Basham was strangled and beaten to death in her Contra Costa County home by Burr after she decided to leave him. Burr used her 14-year-old son’s trophy in the attack.

“He severed her liver. Her face was demolished; it was a horrific crime,” Hofacre said.

A judge sentenced Burr to 15 years to life in prison, but now the parole board has found him suitable for release.

“It’s outrageous. I just can’t believe the state of California would consider releasing him,” Hofacre said.

Hofacre has started an online campaign urging people to help her family appeal to the governor to block the release.

“This is not justice, to be released after a short period of time for murdering somebody,” she said.

Hofacre fears another woman may suffer the same fate as her sister if Burr gets out. He’s already left two boys motherless.

“His sentence may be over, but not the sentence for the family,” Hofacre said. “We still have to continue living without my sister for the rest of our lives.”

A final decision in the matter likely won’t come until mid-October.