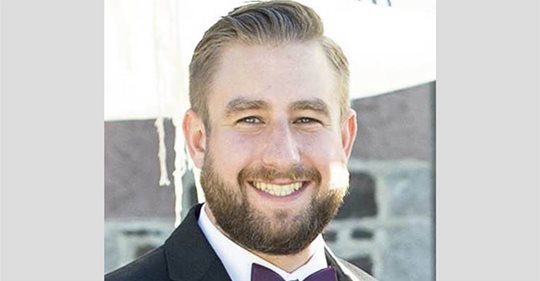 A conspiracy theory about a murdered Democratic National Committee staffer that was repeatedly brought up on Fox News and by allies of President Donald Trump was planted and promoted by Russian intelligence, according to an investigation by Yahoo News.

The theory centers on Seth Rich, a DNC data director who was shot in 2016 in what authorities have suspected was an attempted robbery in Washington. Rich’s death was quickly seized on by a variety of internet conspiracy theorists and far-right media, as well as Wikileaks, which offered a $20,000 reward for information in the case.

The theory roughly posited, without evidence, that Rich had been murdered as part of an effort to cover up supposed crimes by Hillary Clinton. The conspiracy theory broke into the mainstream in part with the help of Fox News, which later retracted an article claiming Rich was a potential source of leaked DNC emails published by Wikileaks. Host Sean Hannity, who had also given airtime to the theory, later said he would stop discussing it at the wishes of Rich’s family.

Deborah Sines, a former assistant U.S. attorney put in charge of an investigation into the murder of Rich, told Yahoo that U.S. intelligence officials found Russia had planted and fomented the theory through the internet and social media. Sines said Russia’s foreign intelligence service was behind a fake report that was posted on an obscure conspiracy website that often posts Russian propaganda. From there, the theory was pushed by Russian media organization RT and Sputnik, as well as Russia’s social media influence operations, Yahoo found.

Sines told Yahoo that she briefed then-special counsel Robert Mueller on her findings. Mueller’s report on Russian interference in the 2016 U.S. election referenced the Rich theory as having been “discredited.”

Attempts by NBC News to reach Sines were unsuccessful.

Researchers have pored through Russia’s disinformation campaign ahead of the 2016 election, revealing the depth and breadth of the operation that is believed to have reached more than 126 million Americans. Russian intelligence remained active after the election, launching a variety of new efforts meant to push various forms of propaganda including racially divisive rhetoric.

Social media platforms have taken a variety of steps to prevent similar manipulation efforts, including large scale removal of fake accounts and banning certain kinds of misinformation. U.S. intelligence officials have warned that Russia and other countries are preparing to attempt to influence the 2020 elections.