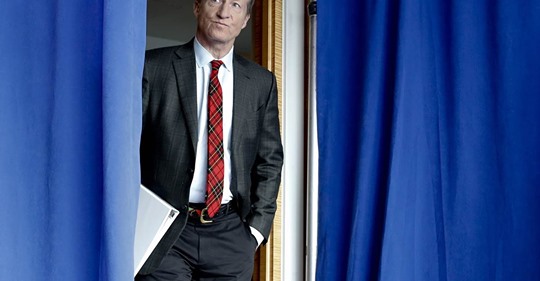 Billionaire activist Tom Steyer declared his candidacy for the presidency Tuesday in a video, reversing an earlier announcement several months ago that he intended to sit out the 2020 Democratic primary race.

While he is not well known and the candidate field is already overstuffed with two dozen candidates, Steyer’s money could give him an edge, as could the extensive email list of 8.3 million names compiled by a group he founded to push for the impeachment of President Donald Trump.

He has committed to spending at least $100 million of his own money on his campaign and has already bought $1 million in TV advertising in the first four primary and caucus states, according to ad tracker Advertising Analytics.

Steyer is a leading proponent of removing the president from office. But just as Trump did in 2016, Steyer is pitching himself as incorruptible by corporate interests thanks to his vast personal wealth.

“It’s really a question of, if we’re going to reform this system, who are you going to believe? Someone from the outside who’s been doing direct democracy grassroots organizing for 10 years, or people from inside the Beltway?” he told NBC News. “If you look at the top four people running for president as Democrats, they share 73 years either in the Congress or the Senate. It’s a question of insiders versus an outsider.”

The Californian made a fortune through a hedge fund he founded, and has spent the past few years devoting that wealth to favorite political causes including impeachment, engaging young voters and fighting climate change.

He founded the “Need to Impeach” group and seeded it with tens of millions of dollars, which has gone toward television advertisements that often feature Steyer as well as campaign-style events.

Steyer and his wife have contributed more than $238 million to political campaigns and groups, making them the second biggest political donors of all time, behind only Republican casino magnate Sheldon Adelson and his wife, according to the Center for Responsive Politics.

Steyer had long eyed a run for public office and last year actively prepared for a 2020 presidential bid.

In January, he traveled to Iowa for an announcement, fueling speculation he intended to launch a campaign — only to pull a U-turn at the last minute and say he wouldn’t be running after all. Instead, Steyer said he would dedicate “100 percent of my time and effort” toward seeking Trump’s impeachment.

In the months that followed, many Steyer staffers who had been expecting to work for a presidential campaign left his orbit to join other Democratic White House contenders, including those of former Texas Rep. Beto O’Rourke and Washington Gov. Jay Inslee, who shares Steyer’s focus on climate change.

Steyer now feels likes he’s “won that argument” on impeachment, even though what he called a “failure of government” by leaders in both parties makes it unlikely Congress will actually remove Trump from office. So he said he decided to run himself to try to oust Trump at the ballot box.

“I couldn’t sleep thinking about where we are as a country,” he said.

On one of the most important issues in the primary, Steyer said he does not support eliminating private health insurance to replace it with a government-run single-payer system.

“I am not in favor of telling 150 million Americans who get their health care through their employment, including a bunch of union workers, that by fiat they can’t do that any longer,” he said. “I believe the way that we should end employment-based health care is providing a public option that is so much cheaper and better.”

Steyer’s deep pockets are sure to disrupt the 2020 race and Sens. Bernie Sander, I-Vt., and Elizabeth Warren, D-Mass., who have often railed against the influence of big money in politics, gave him a cool welcome.

“I’m a bit tired of seeing billionaires trying to buy political power,” Sanders said on MSNBC. “He’s a good guy. He’s a friend of mine, but I’m not a great fan of billionaires getting involved in the political process.”

The Democratic primary should not be decided by billionaires, whether they’re funding Super PACs or funding themselves. The strongest Democratic nominee in the general will have a coalition that’s powered by a grassroots movement.

Heather Hargreaves, who currently runs NextGen, a group Steyer founded, is expected to serve as his campaign manager, while the billionaire also recently brought on board Doug Rubin, a former adviser to former Massachusetts Gov. Deval Patrick, who has ruled out a 2020 run.

Steyer enters the 2020 race the day after Rep. Eric Swalwell, D-Calif., dropped out.

With 24 candidates and only 20 slots on stage at the second debate later this month, Steyer is unlikely to meet the qualifications in time, but can try for the third debate in September.

He is expected to head to New York City later this week for a round of media appearances, then will spend the rest of the month traveling to early presidential primary and caucus states.