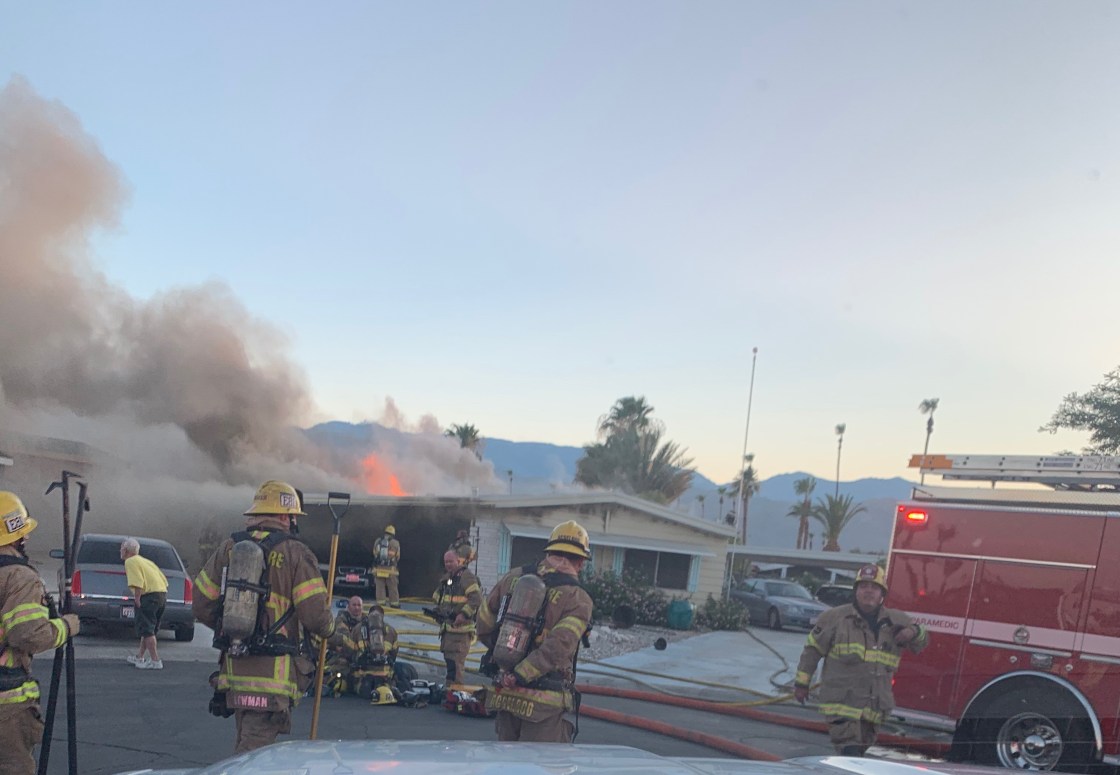 This is what every firefighter trains for, but rarely happens in a career: flames shooting out of a home, a trapped inside.

When they got there, firefighter paramedic Mitchel Barnett says it was a desperate situation, “A couple people were outside yelling at us telling that there was somebody actually inside the house still that they weren’t able to get out.”

Engineer Justin Karp says when they heard about there was a person trapped inside the home everything changed, “The important thing is to detach and take a deep breath at that point because it’s no longer property at that point it’s somebody’s life.”

They grabbed a hose to attack the flames and make their way in without thinking about the risk to their own lives.

“The fire conditions were pretty heavy by the time we made it about 10 to 15 feet in we noticed a man laying on the floor in there,” says Barnett, adding that knowing mobile homes go up in minutes, they didn’t have any time to spare, “my partner took over the line, and I assessed the patient and saw that he was breathing and still alive and from there we effected a rescue.”

When they rushed him out of the burning home, he’s was not breathing normally.

“We provided him with high flow oxygen, once we realize that wasn’t quite doing the trick we breathed for him for about 30 seconds probably and then he started breathing pretty controlled on his own,” says Karp.

It was a close call, for them and the victim.

We call them true heroes.

“I prefer to think of it as we’re all professionals, hero’s a heavy word for us, that’s what we were trained to do,” says Karp with a smile.