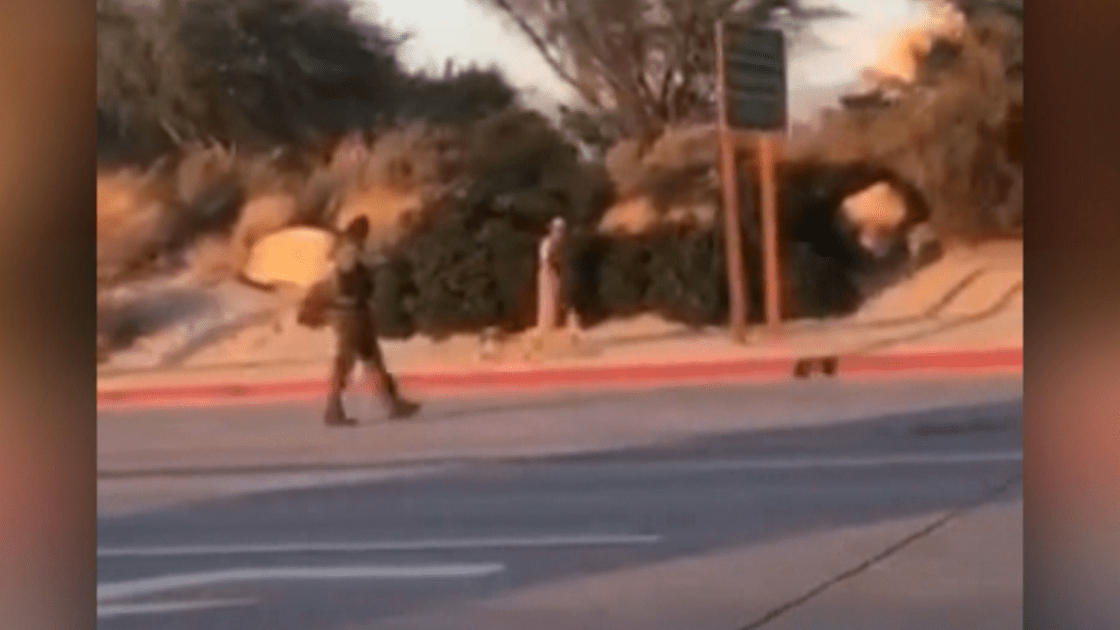 A driver captures the moments leading to Tuesday’s deputy-involved shooting, the driver shouts at the deputies and deputies tell him to keep driving, seconds later a suspect is shot dead as the man continues to capture the situation on his phone.

The video begins recording about 30 seconds before deputies opened, Deputy Mike Vasquez with the Riverside County Sheriff’s Department said it does not capture the entire incident.

Deputy Vasquez said the driver was in his right to record the situation but engaging an officer during the stand-off might do more harm than good.

Vasquez said, “We’re talking now and somebody just off to my right begins to speak I will have to turn, that’s exactly what happened in the video, a voice comes out of nowhere you don’t know what that threat is.”

There are cases where phone video brings light to situations and disputes officer accounts.

A video recording demonstrates Phoenix police’s inability to deescalate a shop-lifting incident by a four-year-old girl. The police officers approach the young girl’s family shouting with guns drawn, a video that prompted a structural change in the department.

“I would never suggest for somebody to sleep on their own rights, but having said that, it’s important to exercise your rights responsibly,” Daley said. “Take into consideration if this is dangerous for you, it very well may be, and also take into consideration if whether it is dangerous for the police because it may very well be for them as well.”

However, if the bystander’s or police safety are being jeopardized the officers are within their rights to stop people from recording.

Vasquez said, “Often times people go into recording those instances and I know people have the right to do that and we appreciate that right, but what we want to caution out of people is having them too involved and what that really means for us is staying at a safe distance.”

The clip of the shooting is going around social media pages, the Riverside County Sheriff’s Department is reminding viewers the video captures just seconds of the interactions and the investigation is on-going.