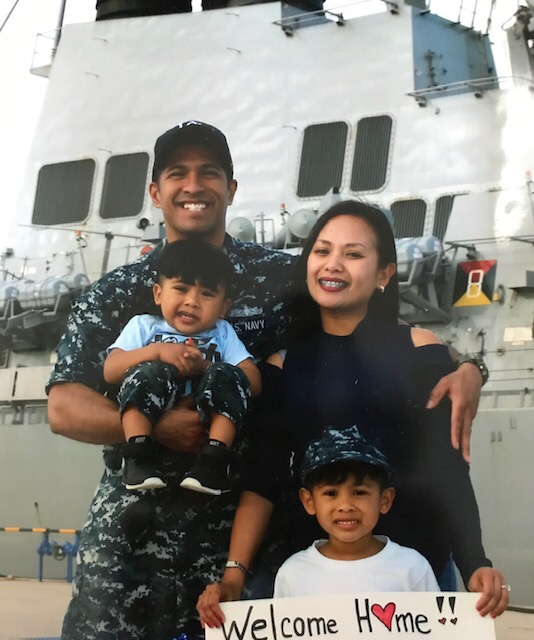 Vice President Mike Pence made a stop at Vandenberg Air Force Base on Wednesday to praise the important work they’re doing in military space operations.

“It is my honor today to be here at the 30th Space Wing Vandenberg Air Force Base,” said Pence as he spoke to the troops.

He also paused to recognize the trailblazing work of a Coachella Valley native.

“… a missile defense duty operator who hails from Palm Springs military service, I‘m told is a proud tradition in his family,” continued Pence.

“When he said this particular person is from Palm Springs I started smiling because I didn’t think anyone else in the building was from Palm Springs,” said Petty First Class Officer Ralph Salas, U.S. Navy, adding he was surprised to hear someone from his hometown was about to get recognized by the vice president.

“… he’s actually the first sailor to complete the Space 200 … and he’s working now to become the first Naval enlisted member to get an advanced qualification in space operations, this is a space entrepreneur who’s making us all proud,” said Pence.

Little did Officer Salas know that someone was him.

“… join me in thanking Petty Officer Ralph Salas, where are you Ralph told you, I told you I was hearing good things great job,” said Pence with a big thumbs up.

“It’s a tremendous feeling to be honest, sometimes I  watch the video over just because I can’t believe it happened to me I‘m glad I was able to bring some recognition to the Coachella valley and Palm Springs because I can say without a doubt I definitely would not be the person I was today or am today without the places I’ve been and especially where I grew up,” said Officer Salas.

He also credits his family, especially his wife for the sacrifices they make that allow him to serve, and they’re proud right back.

“I’m proud of you so much, I love you daddy,” said his seven-year-old son Miko as he hugged his hero.

We couldn’t have said it better ourselves.