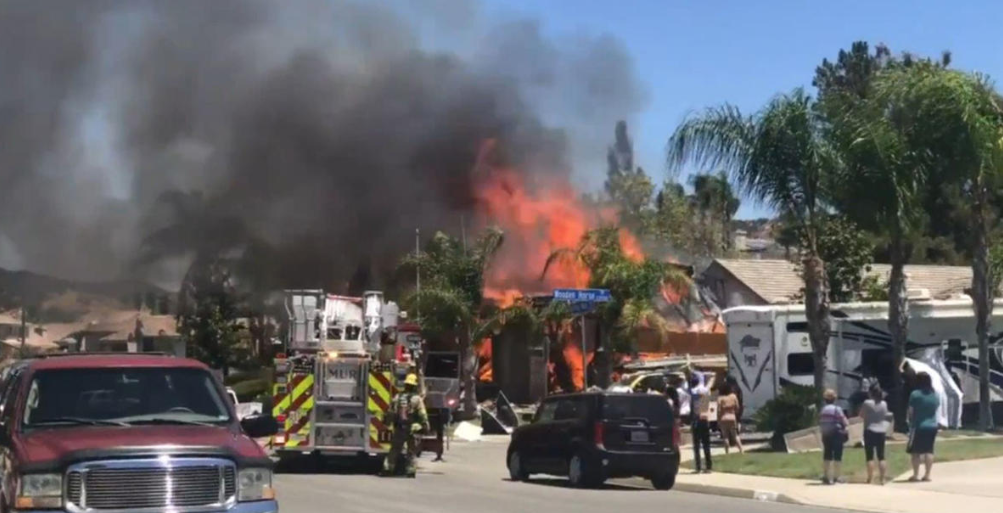 The Southern California Gas Co. technician killed in a natural gas explosion that destroyed a Murrieta home and significantly damaged neighboring ones was identified Tuesday.

Wade Kirkpatrick, 31, died in the blast Monday that leveled the two- story property in the 23500 block of Wooden Horse Trail.

According to SoCalGas Co. spokeswoman Christine Detz, Kirkpatrick had been with the company for 11 years, starting his career as a meter reader. He was a lead technician at the time he died.

Kirkpatrick is survived by his mother, a sister and six brothers, one of whom also works for SoCalGas, Detz said.

According to Murrieta Fire & Rescue, the three firemen who suffered minor injuries when the explosion occurred were treated and released from Inland Valley Medical Center in Wildomar.

SoCalGas representatives said a technician who was hurt in the blast has also been released from the hospital. There was no word on the status of the nearly dozen civilians who suffered varying injuries, none life- threatening.

Four homes in the neighborhood have been red-tagged by the fire department due to the considerable damage inflicted by the explosion, which shattered the home at ground zero. An evacuation order remains in place for properties between 23548 and 23582 Wooden Horse Trail, according to Murrieta Fire & Rescue.

Twenty residents were referred to a care reception center at Vista Murrieta High School on Clinton Keith Road on Monday, authorities said. It was unknown how many stayed overnight.

According to Murrieta Fire & Rescue Deputy Chief David Lantzer, crews initially responded to the home on Wooden Horse Trail, near Spicewood Avenue, at 10:57 a.m. Monday because of a breached gas main.

Officials said a solar panel contractor, who did not call SoCalGas in advance to have gas lines marked, split the line while doing installation work.

“We are incredibly saddened that we have a loss of one of our employees … at this incident,” SoCalGas spokesman Randon Lane said.

According to SoCalGas Vice President of Construction Cedric Williams, confirming where gas lines are present prior to any type of construction work is required by state law.

“We urge all contractors and homeowners to ensure that 811 is called and utility lines are marked prior to excavation of any sort,” Williams said. “No matter what you’re doing — if you’re digging, call 811, even if the work doesn’t involve natural gas or natural gas appliances, as was apparently the case here.”

According to SoCalGas, utility crews stopped the flow of gas to the property about 1 p.m. Monday.

Road closures in the area were lifted overnight.