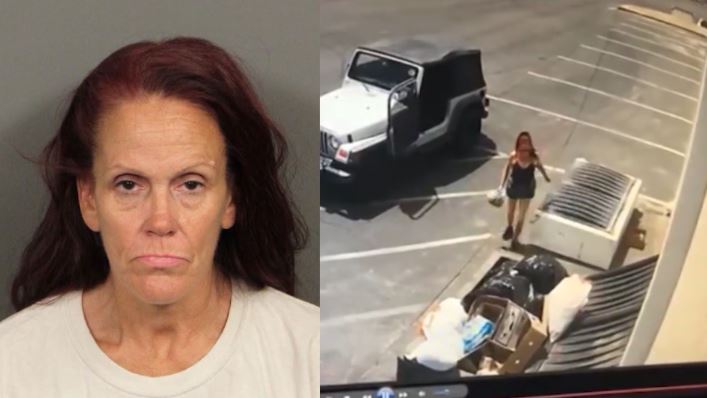 A judge ruled that enough evidence was presented at Deborah Sue Culwell’s preliminary hearing to proceed to trial on seven felony charges of animal cruelty and seven misdemeanor charges of animal abandonment, and also reduced her bail from $50,000 to $40,000.

As of Wednesday afternoon, the 54-year-old defendant was still in custody, according to jail and court records.

She has been jailed since her first felony settlement conference last month, during which a judge increased her bail — at the request of prosecutors — from $10,000 to $50,000.

Culwell is accused of leaving a litter of 3-day-old puppies in a trash bin outside a Napa Auto Parts store at 49251 Grapefruit Blvd. on April 18. Security surveillance video from the location linked her to the crime, authorities said.

The video showed a woman with a ponytail exiting a Jeep with a plastic bag just after 1 p.m. and depositing the sealed bag in the bin, according to county Department of Animal Services spokesman John Welsh. A passerby rummaged through the bin about 15 minutes later and found the bag full of squealing puppies, believed to be terrier mixes, he said.

The passerby, identified only as “John,” took the puppies into the air-conditioned store. With the temperature climbing above 90 degrees, Welsh said he doubted the newborns would have survived very long in the bin. One of the animals, described as the runt of the litter, died days later.

Culwell was arrested April 22 after animal control officers served an arrest warrant at her Third Street residence and impounded 38 canines found on the property. Culwell subsequently surrendered ownership of the animals, which appeared to be terrier mixes ranging from 1 to 5 years old.

If convicted of seven felony animal cruelty counts, Culwell could face up to six years in jail, according to District Attorney’s Office spokesman John Hall. Welsh acknowledged, however, that jail time in an animal cruelty case is rare, with most offenders receiving probation and fines.