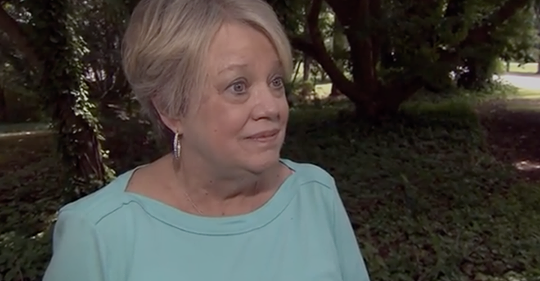 Woman caught on video calling black women N-word says she’s not sorry, would do it again

A white woman caught on camera calling two black women a racial slur at a North Carolina restaurant said she isn’t sorry and that she would say it again.

According to WRAL, Nancy Goodman was recorded during a confrontation at a Bonefish Grill in Raleigh. The incident began when Goodman accused the women, identified as Chanda Stewart and Lakesha Shaw, of being too loud.

Goodman’s remarks upset the women and they pulled out their phones to record her as the confrontation continued.

“We’re paying for our food just like everyone else, and she told us that we are the rudest people,” Stewart tells Goodman in the video.

“I’ve got real good friends who are black, and I love them,” Goodman tells the women.

“We never said anything about color,” Stewart responds.

“In your opinion,” Shaw replies. “Let me show you my money. It’s just as green as yours.”

“Why are you so stupid (racial slur)?” Goodman tells Shaw as she walks off.

“Do you call your black friends [that]?” the women ask her.

Goodman shakes her head, and replies, “They’re not like you.”

Stewart and Shaw told WRAL they don’t feel there is ever any reason for that word to be used.

“[I’m] still trying to wrap my head around it all,” Stewart said. “It’s disheartening, it is. But this is the society that we’re living in right now.”

When asked about the altercation, Goodman said she wished she handled the situation differently.

“Looking back on it now, I wish I would have asked the waiter to ask management if they would just quiet down,” she said. “Instead, I went off on them, which I shouldn’t have done. But I had had it. It was out of my control to calm down my anxiety.”

However, she maintained she would use the slur again.

“I’m not going to say I’m sorry to them because they kept pushing at it,” she said. “I would say it again to them. They are the rudest individuals I have ever seen.”

Goodman insisted she is not racist and that she has “many black friends.”

“I wish those women well, and maybe there’s a lesson learned for them, too, that you don’t disrespect an elderly person,” she said.

“I don’t care how you feel like we should have been acting,” Shaw said. “If I was standing on the table with three heads in a purple jumpsuit, nothing justifies you to come to my table and call me a stupid (racial slur).”

Goodman later took to Facebook to apologize “to my family, friends and other patrons in the bar at North Hills Bonefish.”

Bonefish Grill released a statement, saying, in part, “We do not tolerate hate speech or disrespect in our restaurants…We are reviewing the incident to see how we can do better at de-escalating something like this in the future.”