Local Woman Speaks Out About Experience During the Gilroy Garlic Festival 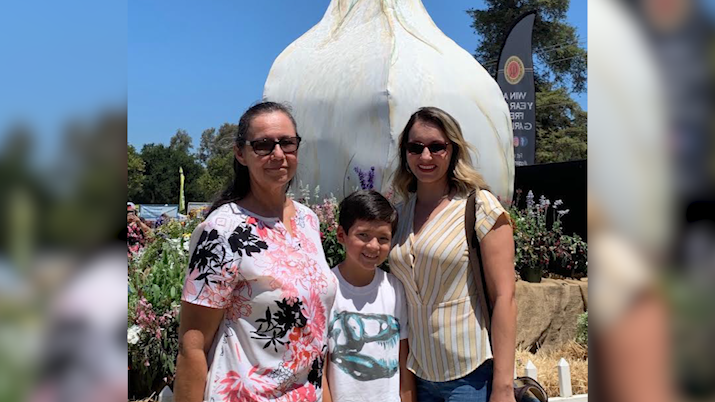 Detectives continue looking through the social media accounts, electronic devices and computer hardware of the Gilroy Garlic Festival shooter, but are still trying to figure out a motive. According to law enforcement, extremist material was found during a search of the Nevada home the shooter once rented. They also say the seized material pertained to different, and at times, competing — political ideologies.

Furthermore, during the search of a home police believe the shooter used just days prior to the shooting the FBI also found several weapon-related items, computer equipment, and an empty bottle of anxiety medicine–though the prescription was not in his name, according to the FBI.

As this new information unfolded, NBC sat down with Leticia Rubio, a woman who attended the Gilroy Garlic Festival with her mother and son, and lives in Indio. She says just thinking about the tragedy leaves her with knots in her stomach.

“Everyone seemed to be having a good time. I mean, it was the first day of the festival, that’s why my mom thought that it would be better to go that day because there probably wouldn’t be a lot of people,” Leticia told NBC Palm Springs.

At first, everything seemed normal. Leticia and her family were thrilled to be at a festival they had yet to go to. They attended on Friday and left to do other things, and it’s a good thing they did because two days later, chaos erupted on the grounds.

“I’m still kind of shocked,” said Leticia with tears in her eyes.

However, she is thankful to be alive, knowing that her son and her mom made it home safe, but 6 year-old Stephen Romero who was also there with his mother and grandmother, 13 year-old Kayla Salazar, and 20 year-old Trevor Irby were fatally shot.

“It’s hard to think about that stuff. It could be anybody. A lot of people reached out that day once they found out what happened, the ones that didn;t know we were back yet, asking hey are you guys okay. You were there. And yeah, but thank God we weren’t there that day,” Leticia told NBC Palm Springs.

Now, as Leticia remembers the lives that were lost, she counts her blessings.

“It’s tough thinking about it. That could have been us. You know, I’m grateful that we are here.”

Leticia encourages all parents to keep their children and loved ones close during big festivals, and to always be aware of their surroundings.