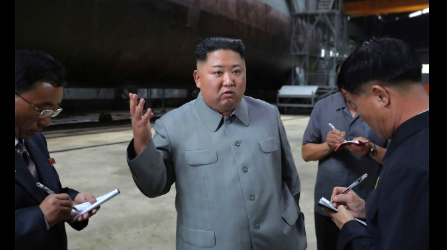 North Korea fires projectile in second launch of the week

North Korea has made its second projectile launch this week, a senior US official tells CNN.

The official said US military intelligence tracked a new launch from North Korea on Friday morning local time (Thursday in the US). According to the initial assessment, the projectile appeared to be similar to the short range ballistic missiles fired earlier this week, the official said, referring to Wednesday’s twin launches from North Korea’s east coat.

A second US official told CNN that the initial assessment was that North Korea launched two short range ballistic missiles.

The timing of the tests coincides with a series of ASEAN meetings held this week in the Thai capital of Bangkok, where US Secretary of State Mike Pompeo is in attendance.

Experts say the recent series of launches could signal North Korea’s discontent over developments south of its border, including upcoming joint military exercises between the US and South Korea, and South Korea’s decision to acquire F-35 stealth fighters, which could be capable of evading North Korean radars.

The tests are a violation of United Nations Security Council resolutions, which bar North Korea from testing and launching ballistic missiles.