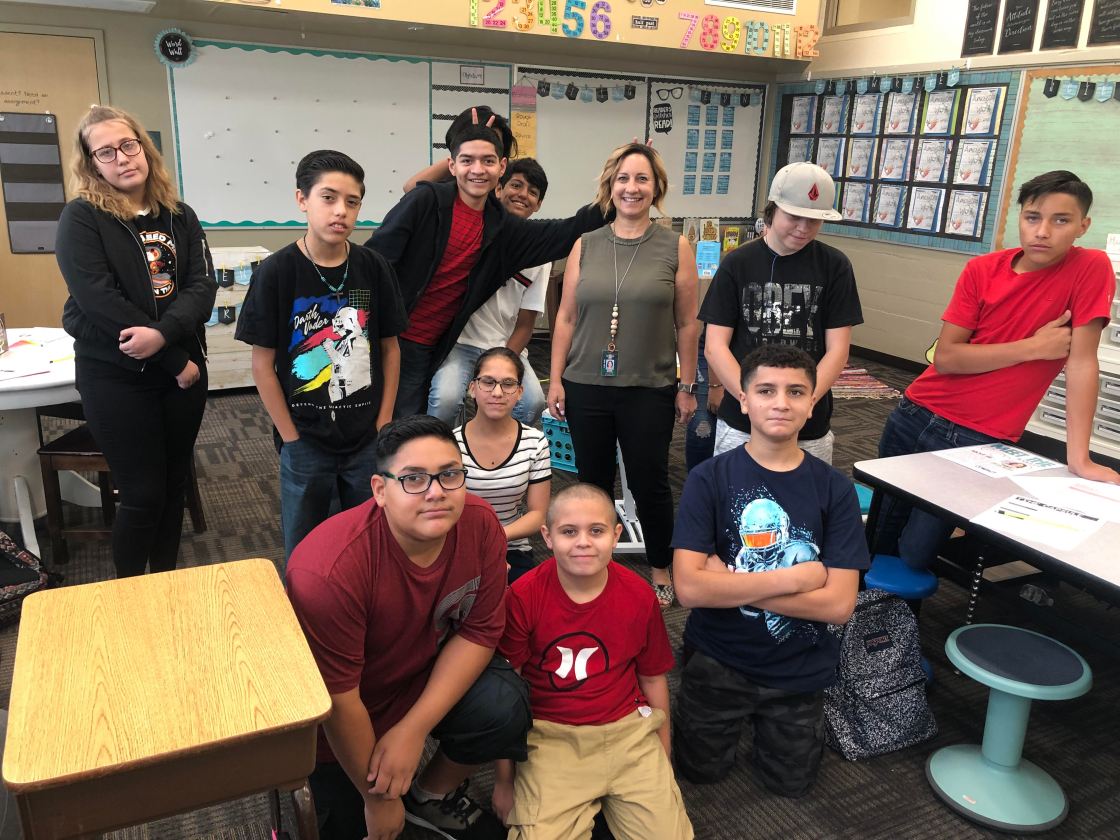 A teacher gifting group swept across social media ahead of this school year. Through an Amazon Wish List, teachers and non-teachers are gifting each other supplies with the use of #clearthelist and @support_a_teach.

Wednesday was her first day of school and she reaped the rewards of her hard work.

“I am so blessed,” Downard said with a smile on her face. “I don’t even know what to say.”

The middle school teacher spent the weeks leading up to the school year not only setting up her own classroom but helping teachers across the country get the donated supplies to set up theirs.

Downard said she was shocked at how widespread the gifting group became on social media.

“I was in tears a few times because I can’t believe how much,” she said. “It’s a lot of teachers but it’s just a lot of anonymous people that have stepped up and cleared lists.”

When it started a month ago, Downard said the group had 1,000 people. As of Wednesday, the amount of members across all social media platforms had reached a total of approximately 125,000.

“This teacher movement really helped me this year to not have to worry about the little things that I’m always stressing on,” she said.

Downard received pencils, books, bookcases, seating, and much more from her list.

“She’s a very nice and kind teacher and she deserves all the things those people are donating to her and more,” Michael McGinnis, a middle schooler in Downard’s class, said.

The group doesn’t plan on stopping its spread. It hopes to continue through the school year.

“It really feels good to give,” Downard said. “I’ve given over 65 gifts and I didn’t really expect anything in return it was just nice to help a teacher.”

McGinnis said he loved the new seats and was excited for the school year to begin.