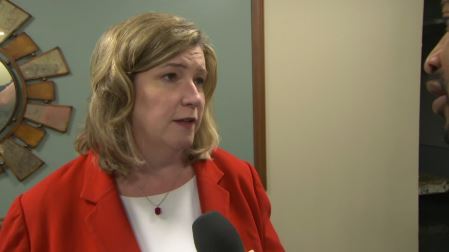 Nan Whaley, the mayor of tragedy-stricken Dayton, Ohio, expressed shock on Thursday morning after President Donald Trump lashed out against her and Ohio Sen. Sherrod Brown on Wednesday in response to a press conference they held following his Dayton hospital visit.

“He was well received by victims and first responders,” Whaley told CNN’s John Berman in an interview on “New Day,” echoing her previous comments after reading Trump’s tweets. “I’m at a loss for why all this vitriol came immediately after he had a good visit at the hospital.”

“Their news conference after I left for El Paso was a fraud. It bore no resemblance to what took place with those incredible people that I was so lucky to meet and spend time with. They were all amazing!” he said.

At their press conference, Brown and Whaley expressed primarily positive sentiments regarding the President’s hospital visit, though they did criticize his past rhetoric.

Asked at the press conference how Trump was received, Brown said, “He was received well by the patients, as you’d expect. They’re hurting.”

Whaley, too, was only positive about the hospital visit in the press conference, saying, “I think the victims and the first responders were grateful that the President of the United States came to Dayton.”

Brown did call Trump and his past rhetoric “racist.” Whaley called Trump’s past rhetoric “divisive” and said it was good he did not visit the district where the shooting occurred because of local “anger” about him.

But neither of the two Democrats alleged that Trump was badly received at the hospital.