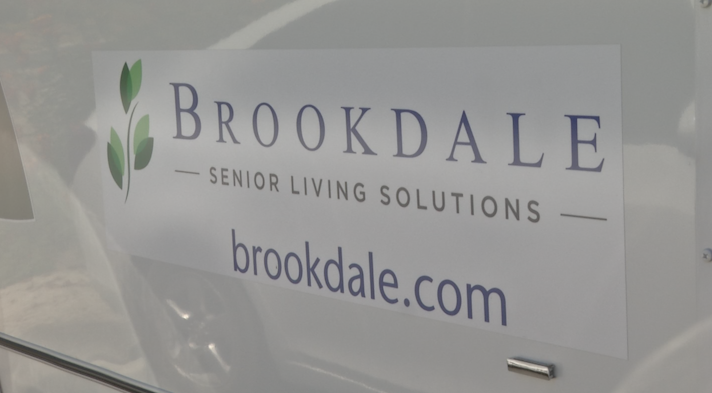 Duane Beach-Barrow sings praises of the Brookdale Rancho Mirage facility, given that his husband has been recovering there for over a week. However, recently his husband told him he’d been diagnosed with scabies. Now Duane wants to know why the facility never contacted him about it.

“I’ve called his doctor, I’ve called you folks…tried to get a hold of the people down there…nothing,” he told NBC Palm Springs.

A lack of answers that prompted him to go fishing for information.

“Normally everything is very calm, relaxed and even flowing. Not yesterday. It was nuts. They were moving people around frontwards and backwards. They moved my husband from one end of the building to the other,” Duane added.

Then, when he left the facility for the night, hours later he got the call he feared most.

“This morning Robert called me and he said they say I’ve been exposed to scabies. I was gobsmacked. I did not know what to say for that five seconds. I said Are you sure. He said, that’s what the nurses said. I went oh holy Christ.”

However, given that Brookdale Rancho Mirage has been very attentive and helpful in his husbands recovery….

He is confident they will properly treat this infestation. At this point, what he is most concerned about is the lack of communication on their part.

“I don’t necessarily blame Brookdale for it happening because who knows how that got in there. What I blame them for is keeping us in the dark.”

NBC Palm Springs reached out to Brookdale Rancho Mirage and it provided the following statement:

“Upon discovery of the suspicious skin rash, we contacted the CDC, the California Department of Public Health (CDPH) and the Community Care Licensing (CCL) organization for their guidance. We are following their direction including ceasing admissions, separating anyone that may be impacted, completing a community-wide skin assessment and conducting additional cleaning of the community. We also had a dermatologist come to the community to assess and treat anyone with the suspicious rash, including associates.

Per the recommendation of the CDC, we sent letters out to the residents’ point of contact, informed discharged residents (within the last six weeks) of the situation and notified their physicians as well.

We can report that it is contained to just one area of the community and in an abundance of caution, we are treating anyone with any suspicious rash.

We appreciate all of the assistance from the CDC, CDPH, CCL and the extra work done by our devoted associates to minimize the spread of this suspicious rash any further.”

They are also conducting an additional cleaning of the facility as a precaution. Furthermore, officials from Brookdale Senior Living say ”suspicious skin rash” is contained to just one area of the community, and they will be treating anyone with any suspicious rash just to be safe.