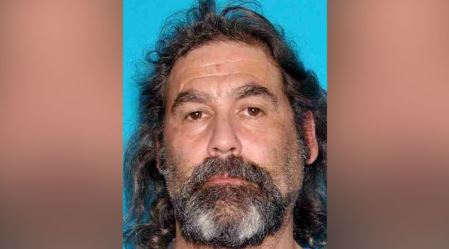 A New Jersey man who had been in a car accident was arrested and charged with having an arsenal of weapons, as well as white supremacist material, after police spotted the weapons while giving him medical treatment, according to a criminal complaint.

Police then searched his vehicle and found firearms and ammunition, and a search of his home found more than a dozen more weapons, including a grenade launcher, shotguns, rifles with scopes, silencers and high-capacity magazines.

Rubino had a box with clothing and bumper stickers with “SS Bolts,” common white supremacist and neo-Nazi symbols, according to Carpenito. Rubino also had a document called “N****r Owner’s Manual,” containing racist material and purporting to be an instruction manual for owning a slave, authorities said.

Rubino is charged with possession with intent to distribute methamphetamine, possession of firearms in furtherance of a drug-trafficking crime, and possession of a firearm by a convicted felon, according to a complaint.

Rubino’s attorney, Daniel Marchese, told CNN that Rubino plans to plead not guilty at a hearing in federal court tomorrow afternoon. He said he has known Rubino for a while and he is not a Nazi sympathizer.

“He is not a racist. He is not a white supremacist. He has no plot to terrorize New Jersey or the country,” he said.

“I believe there are significant due process issues regarding the search and the seizure of the items that were found in his van and then also at his home in Lafayette, New Jersey, and I believe that those two process issues need to be vetted before we pass judgment.”