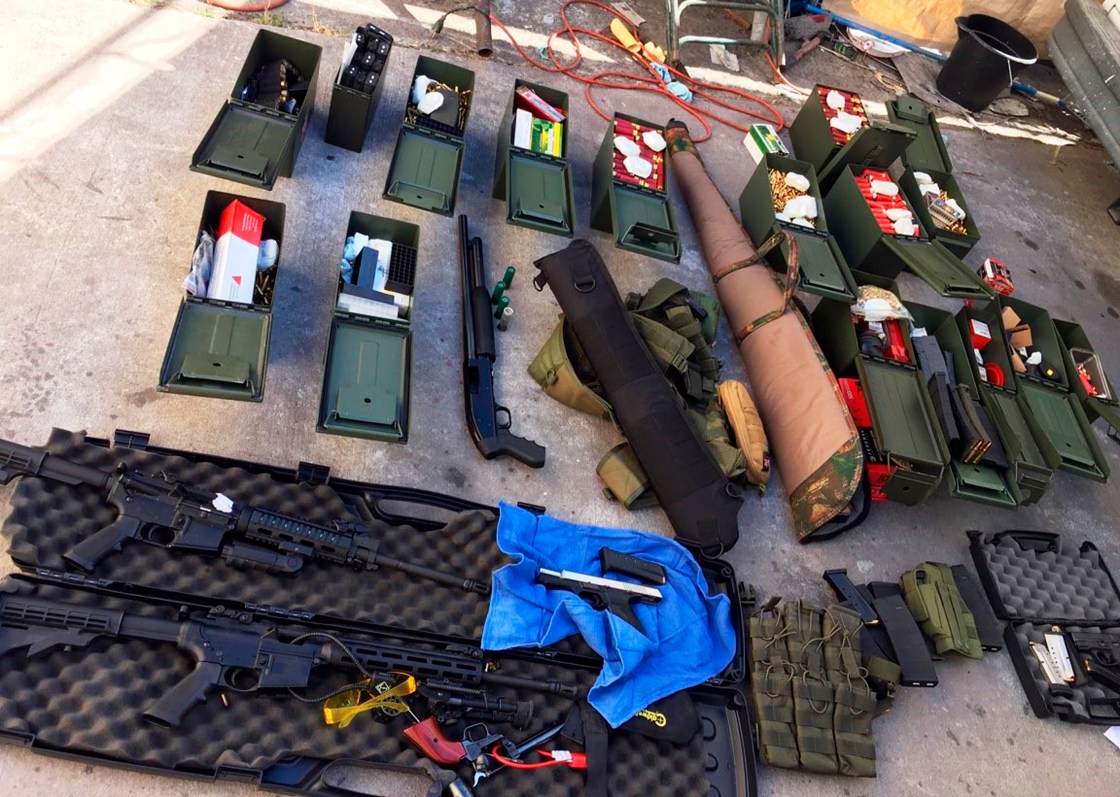 Felony charges were filed Thursday against a man who allegedly threatened to carry out a mass shooting at the Long Beach Marriott, where he worked as a chef.

Rodolfo Montoya, 37, of Huntington Beach, was set to be arraigned this afternoon in a Long Beach courtroom on two counts of criminal threats and one count each of dissuading a witness by force or threat and possession of an assault weapon — a Colt AR-15 rifle.

Montoya allegedly spoke to a fellow employee on Monday and threatened “that he was going to shoot up fellow employees and people coming into the hotel,” Long Beach police Chief Robert Luna said at a news conference Wednesday announcing the defendant’s arrest.

Montoya was taken into custody Tuesday at his Huntington Beach home, where police found tactical gear, a variety of weapons and hundreds of rounds of ammunition, according to the police chief, who alleged the suspect was “upset about some recent workplace activity having to do with H.R. (human resources).”

Ahmed called the situation “terrifying” and said he wanted “to thank my associate who came forward and informed us and our leadership team who took the proper action that was required.”

“Sir, you saved many lives, not only of your employees but any customers that may have been at the Marriott when this guy decided to show up and carry out his threat,” Luna said.

Detectives were looking into when Montoya planned to carry out the attack as well as how long he had allegedly been planning it, Luna said.

Long Beach Mayor Robert Garcia hailed the work of police and the courage of the hotel employee who reported the alleged threat.

“These types of tragedies continue to occur across the country,” Garcia said. “This incident was a credible threat to our city, which easily could have resulted in a similar tragedy. However, thanks to both the actions taken by the employee who reported this threat and the exceptional work of our police department, thankfully it was not.”

Montoya, who’s being held in lieu of $500,000 bail, could face more than five years in state prison if convicted as charged, according to the District Attorney’s Office.