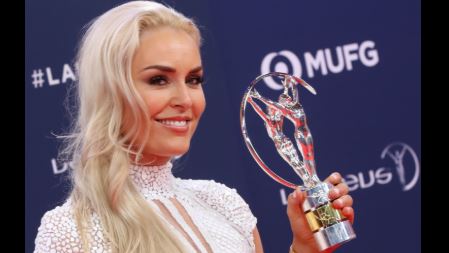 Lindsey Vonn, the greatest female ski racer of all time, is engaged to NHL star P.K. Subban, their representatives confirmed to CNN.

The couple met two years ago and made their relationship public in 2018. According to Vogue, Subban proposed at home, in front of Vonn’s three dogs, presenting her an emerald ring — her favorite color and his birthstone. The couple is planning to move to New Jersey, where Subban is a defenseman with the New Jersey Devils.

“We’re not in a big hurry to get married,” Vonn said, according to Vogue. “It kind of depends on his playing schedule, and when we have time to sit down and go through it. I don’t want to stress him out because he has a big season coming.”

Vonn, 34, who announced in February her plans to retire from professional skiing, finished her career with 82 World Cup victories. That’s 20 wins ahead of the next best woman, Annemarie Moser-Proell of Austria, and second on the all-time list behind Sweden’s Ingemar Stenmark.

A Toronto native, the 30-year-old Subban is considered one of the top defensemen in the NHL. He was selected by the Montreal Canadiens in the second round (No. 43) of the 2007 NHL draft and was named to the NHL All-Star team in 2013 and 2015. In 2014, Subban won gold representing Canada at the Sochi Olympics and led the Nashville Predators to the franchise’s first appearance in the Stanley Cup Final in 2017. He was traded to New Jersey in June.

“Lindsey’s the best thing that’s ever happened to me,” Subban said to Vogue. “There are people in life that deserve to be with good people. They have that person who takes care of them and makes them smile, and she deserves to be with someone who loves her more than anything else in the world, and I do.”