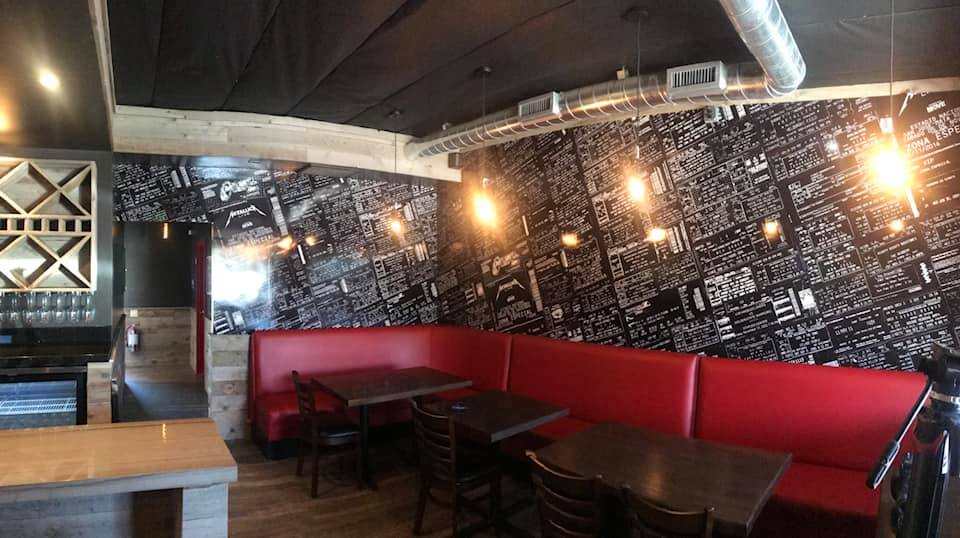 Little Bar is officially taking over what used to be Randy’s Cafe off of Highway 111. Owner Skip Paige, the former COO of Goldenvoice, said he created the bar as a place for him and his friends to hang out and a place to put his “stuff.”

When Paige says “stuff,” it’s not an average person’s junk. He’s talking about thousands of tickets and memorabilia dating back for decades.

The entertainment industry mogul has a knack for music, sports and travel. When you walk through “Little Bar,” those memories are plastered everywhere through a special wallpaper, including the bathroom.

Paige said while he’s most known for his work with Coachella and Stagecoach, his career is “just so much more than that.”

After retiring with Goldenvoice in 2017, Paige wanted a place to encompass all of his memories.

“I attended so many concerts but these are just tickets of mine from shows that I either personally attended or personally produced,” he said as he stared at the main wall of tickets on display.

A cozy, welcoming, “little” spot was what he was looking for. Cue: Randy’s Cafe.

Randy’s Cafe stuck around for 32 years in Palm Desert with the owner, Randy McWilliams, manning the kitchen. When Randy wanted to sell, Paige was more than ready to buy.

If you can believe it, Paige downsized the place even more from Randy’s Cafe. It now holds 31 people inside and 16 outside. Paige said he is most proud of the large wooden door.

“Little bar, big door,” he said with a smile.

Along with Paige’s condensed, impressive ticket collection on the walls, other keepsakes are also on display.

“I have two thousand hotel keys that I’ve collected,” he said as he pointed at a framed case of about a hundred room keys.

The owner is also a big Lakers and Dodgers fan. He’s been to games that the average sports fan would die to go to. Those tickets are also on display.

The bar serves up a dose of entertainment history and a simple food and drinks.

“I want it to be comfortable,” Paige said.

Therefore, the spot has a simple menu comprised of tasty bites like tacos and nachos served late-night. Some of Paige’s personal favorites.

Plus, Randy will make an appearance on the weekends to serve his famous breakfast options. One of Little Bar’s menu items is named in his honor.

Due to the small size, Paige said the place could fill up quickly so it’s best to come early. Opening day will be September 5.

The bar will be open Monday through Sunday and until 2 a.m. on weekends. The kitchen stays open all night.

Paige welcomes all to come and enjoy the “little” things.