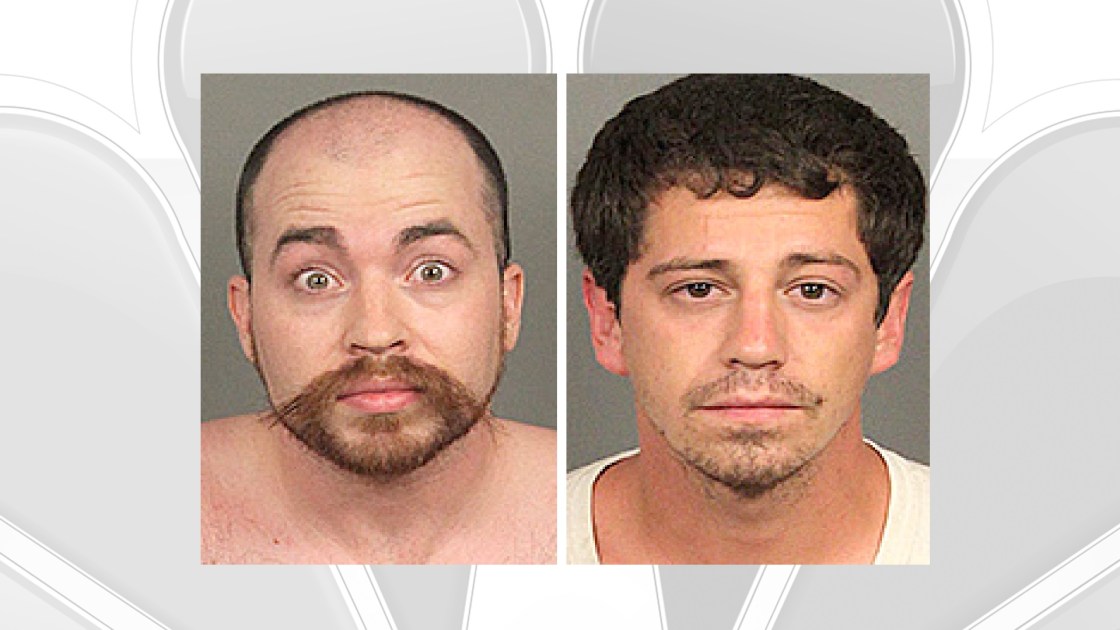 Devin Daniel Lujan, 28, and James McCall Anderson, 31, were both arrested in the 74000 block of Scholar Lane on June 28 after deputies were tipped off about suspected child sexual abuse.

Anderson is set to be arraigned Wednesday at the same courthouse on charges of distributing child pornography and indecent exposure. He was released on $30,000 bail after his arrest.