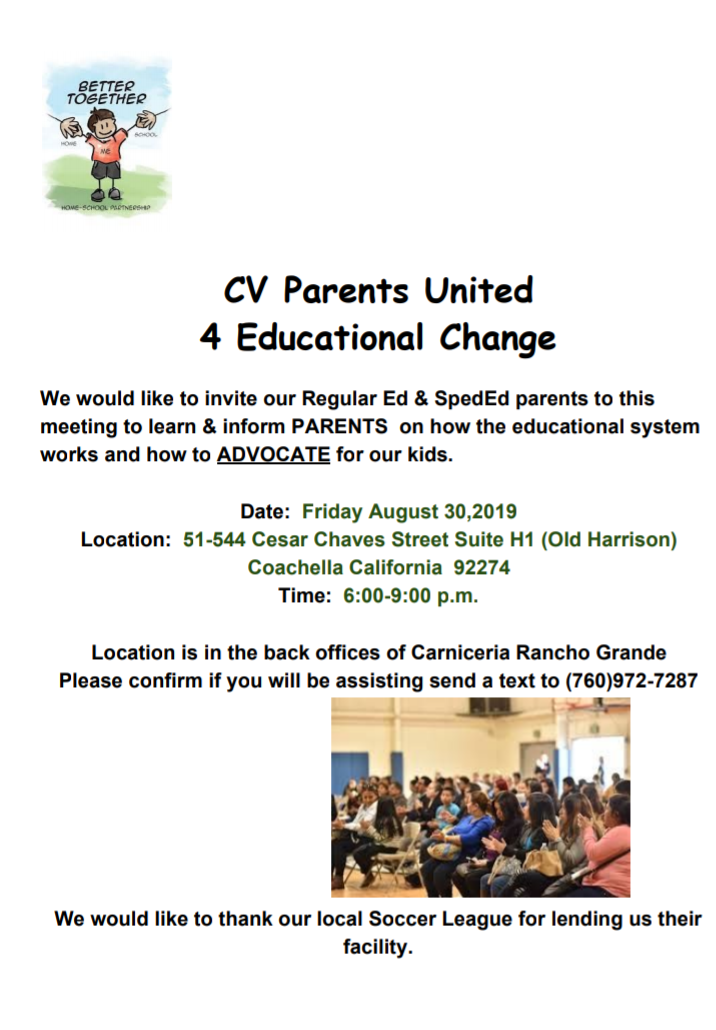 Parents United for Educational Change Workshop to be Held in Coachella

The school year was off to a rough start for the Coachella Valley Unified School District.

A mother claims her six-year-old son was locked in a classroom during lunchtime.

“I got left alone from class,” explains the six-year-old.

Another parent says a stranger found her five-year-old wandering the streets in 109 degrees after being dropped off at the wrong bus stop.

“Yeah I lost, I walk down the street, she said come here,” says the five-year old.

Leading concerned parent, Martha Garcia to start a workshop and teach parents how to advocate for their kids.

“In the east end of the valley there’s parents with fear, there’s a lot of parents with misinformation,” says Garcia.

With “Parents United for Educational Change,” she wants to bring positive change to parents and the school district.

“Yelling is not gonna solve anything,” says Garcia.

her goal is to help parents understand the school district’s procedures and regulations.

“Everything has to be in writing because if it’s not in writing it never happened,” says Garcia.

She understands the challenge of parenting in the East valley, some don’t speak English, others work long days and some lack the education level to help their children with homework.

But still she urges parents to get involved.

“We need to learn how to advocate for our kids,” says Garcia.