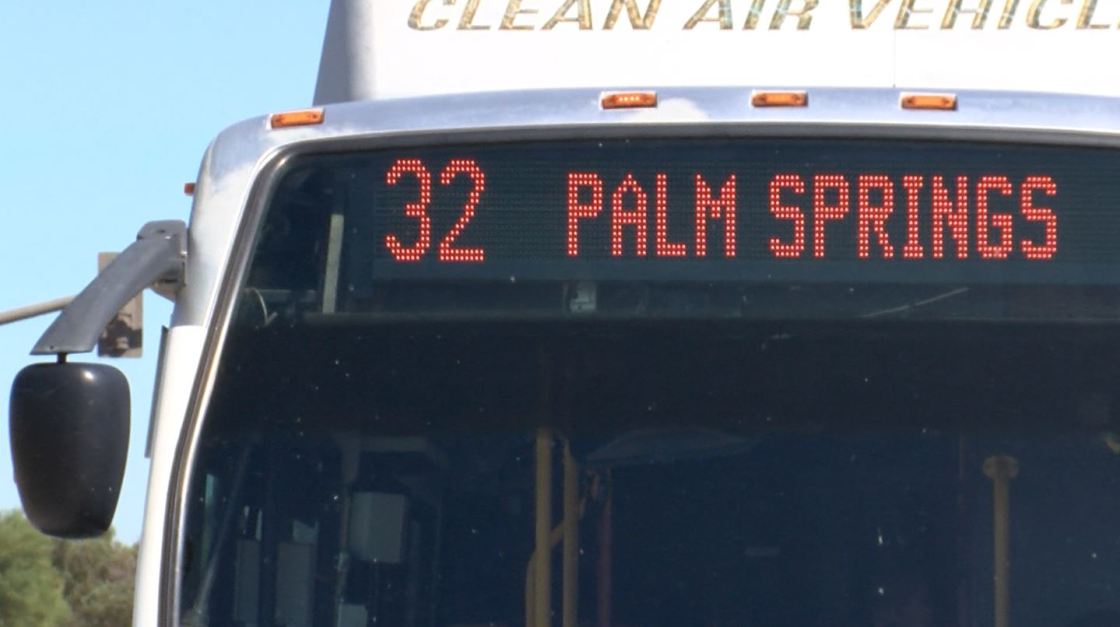 A scare inside a SunLine Bus leaves a high school student on edge, a strange man got on the Route 32 bus and began making death threats to the riders, making her think twice about her daily commute.

It is routine for Jayden Huggins to catch the public bus to and from school, but Friday’s ride home did not go as usual.

“I heard a man, a gentleman up in the front and started to make some threats about shooting up the bus and how doctors, couldn’t fix him, he was asking for a dollar things like that,” Huggins said. “I was with a friend of mine and we were kind of looking back and forth at each other, like what should we do?”

Huggins told her mom, Jennifer Huggins, about the incident,  she immediately called the SunLine Transit Agency to report the problem.

She also shared the experience on social media where dozens of locals responded and some of them were alarmed over the details. One Facebook user claims to also have been on board of the bus when the man began to shout, they write they would have called the police if the man continued to make threats or began to assault the riders.

Jennifer Huggins said, “In today’s day and age you cannot take it not serious, with so many mass shootings you don’t know who is talking the talk or who’s going to actually do it.”

Jayden Huggins said the man shouted for about a minute and then got off the bus, she was sitting in the back when it happened and it was unclear if the man had any weapons on him.

She said she will continue to ride the bus but hopes nothing similar to this happens again.

Huggins said, “I kind of wish that the driver would have contacted the police sooner, or anybody would have because we kind of just let him walk off.”

The SunLine Transit Agency spokesperson said the incident’s footage from inside the bus was sent to the Cathedral City Police Department and they are cooperating as part of an active investigation.