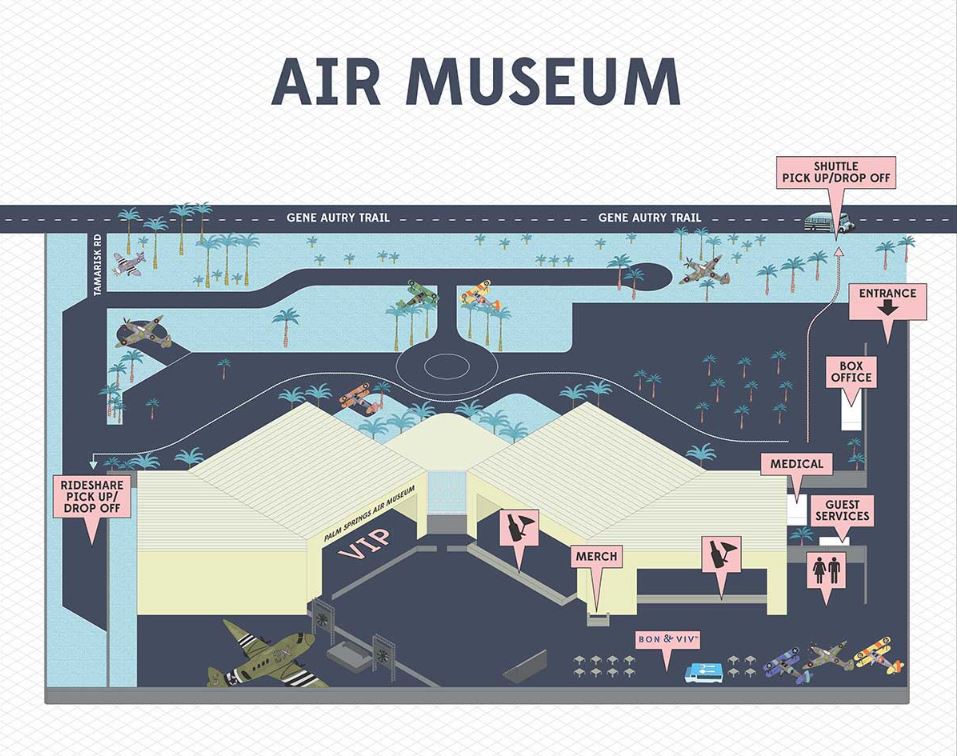 The Palm Springs Air Museum is one of the venues for Splash House and soon the White Party but the nearby neighbors said the loud noise and bass that comes from a couple of music events a year is getting out of control.

These local events attract thousands of visitors for the unique venue and the non-stop music that goes until late at night.

Joseph Massaro lives down the street from the air museum where he enjoys his retirement. He said then noise from the planes is not a bother, instead, the loud music that travels from the festivals are disturbing his peace.

“Without exaggeration, it sounded like a rock band was playing in my back yard,” Massaro said. “The noise comes in and it bounces off our neighbor’s two-story home and it echoes in our yard.”

The Palm Springs City Manager, David Ready, said the city is aware of the noise and bass that could disturb some of the nearby locals and he said city staff is trying to find solutions.

He said the Splash House event in August went on with fewer calls of noise disturbances.

“Splash house was there, for example, they put up sound curtains to help mitigate,” Ready said. “Now there are still some issues we’re trying to resolve such as bass, so we’re looking to what the possibilities are to minimize the bass noises.”

The director of the Palm Springs Air Museum, Fred Bell, said the are trying to be good neighbors but these events help them maintain their operation up and running.

Bell said, “The museum gets no government support at all so everything we do from operations goes to keeping in business and it is not uncommon for attractions to do events, every museum I know does evening events.”

The city manager said this is a discussion the public can expect at the Palm Springs City Council meeting within the next 60 days. Meanwhile, Massaro wants the city to find a solution before the next major event.