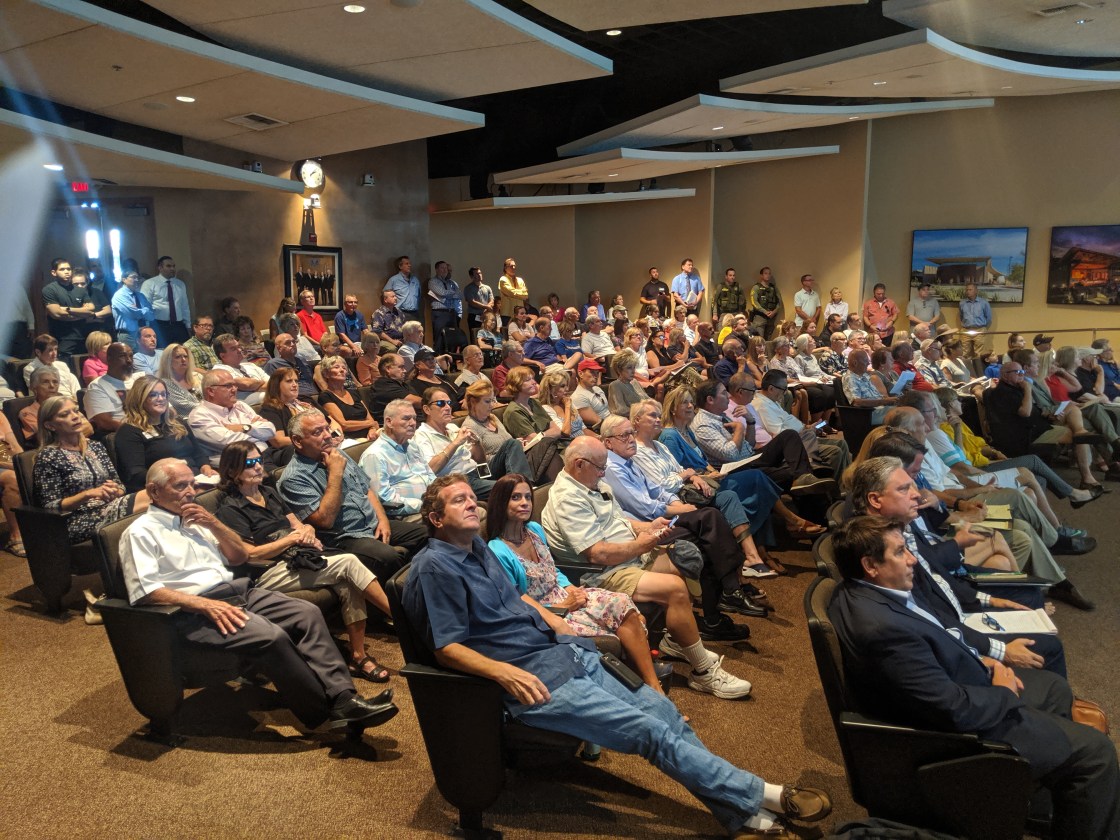 The nearby neighbors of the proposed In-N-Out Burger location in Rancho Mirage have beef with the idea of a fast-food restaurant disturbing their quiet community.

The Rancho Mirage Planning Commission held a public hearing on the restaurant’s proposal on Thursday, the residents packed the council chambers with the majority of people opposing its construction, but people for the fast-food chain also made themselves heard.
Jeanne Macwhirter lives in the neighborhood and she opposed the restaurant’s plans to build adjacent to her home. The location under consideration sits on the corner of Magnesia Falls Drive and Highway 111.
“It’s noisy and smelly,” Macwhirter said. “There are 20 to 40 cars lined up for God knows what, I looked at their menu and I wouldn’t eat any of that stuff anyway.”
Rod is also a local who is grilling the Southern California’s darling burger joint for thinking it could be his possible neighbor.

Rod said, “It will destroy this neighborhood it causes gridlock, pollution, crime, and transient.”

The Rancho Mirage city staff presented their study during the public hearing, overall they concluded the construction of a new In-N-Out Burger at that location would not cause much impact to the area.

Rod who lives there said space is already tight with current businesses and causes traffic to back-up.

He said, “It’s already bad, that would be intolerable it’s unacceptable that’s even gotten to this phase, it needs to be nixed now.”

Although not all residents see the proposal as a lose-lose situation. Steve Lyle works in the restaurant industry and he sees a need for these types of restaurants in Rancho Mirage.

Lyle said, “I’m in favor of In n Out burger, I do restaurant leasing on the HWY 111 corridor for 40 years and what I observed is we’ve lost so many great sit-down restaurants, Apple Bees, Mimis, Chilis.“

He said recently opened restaurants like Pieology and Dickey’s Barbecue Pit have given new and more business to the Rancho Las Palmas Shopping Center.

It will be the Rancho Mirage City Council that makes the ultimate decision, while neighbors said they have talked about filing a lawsuit if plans move ahead.