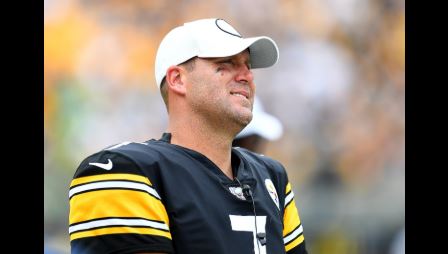 Ben Roethlisberger out for the season, needs elbow surgery

Pittsburgh Steelers quarterback Ben Roethlisberger will miss the rest of the season and will undergo surgery on his right elbow, Steelers head coach Mike Tomlin said in a statement Monday.

“Ben Roethlisberger had an MRI on his right elbow Sunday evening and it was determined by the Steelers’ medical team that surgery will be required,” Tomlin said. “We expect the surgery will be scheduled for this week. He will be placed on our Reserve/Injured List and is out for the season.”

Roethlisberger, 37, left Sunday’s game against the Seattle Seahawks at Heinz Field late in the second quarter, grabbing his elbow after a throwing a pass on a non-contact play. Second-year quarterback Mason Rudolph out of Oklahoma State replaced Roethlisberger on the team’s first possession of the second half.

In his first career appearance, the 24-year-old Rudolph went 12 of 19 passing for 112 yards, throwing two touchdowns and an interception. But the Steelers ultimately fell short, losing to Seattle 28-26 and dropping to 0-2 on the season.

“You’ve got to be prepared for those situations, whenever your number is called, and I thought I was ready,” Rudolph, a third-round pick in the 2018 NFL draft, said to reporters after Sunday’s game. “I had a really good feel for our game plan and what we had worked on all week.”

Roethlisberger is the Steelers’ all-time team leader in passing yards and touchdowns. He has won two Super Bowls (XL and XLIII) and is a six-time Pro Bowler.