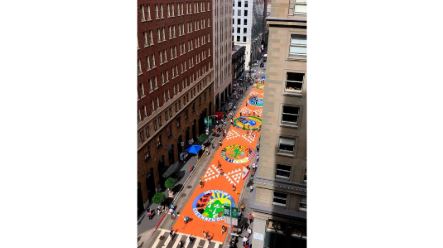 Climate activists took to the streets in San Francisco and painted murals directly on two blocks of the city Financial District’s main thoroughfare.

The murals on Montgomery Street were painted as part of the Strike for Climate Justice protest that took place on Wednesday.

Endorsed by the Sunrise Movement, Idle No More and other Bay Area climate movement organizations, protesters demanded that banks divest from the fossil-fuel industry and to only invest in companies that are focused “on technologies that have ecological renewal,” according to CNN affiliate KRON.

The murals in San Francisco represent “a part of the vision we have for an immediate transition to the resilient, sustainable, and safe world necessary for survival,” according to the group’s Facebook page.

One of the murals was a labyrinth. “The labyrinth is an ancient symbol found across cultures. Walking a labyrinth is a spiritual practice and form of meditation,” said mural artist Meg Duff.

“In confronting climate change we also confront our fear, sadness, anger, and joy. We offer the labyrinth as a tool for climate resiliency and courage.” 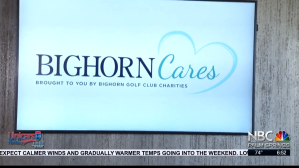