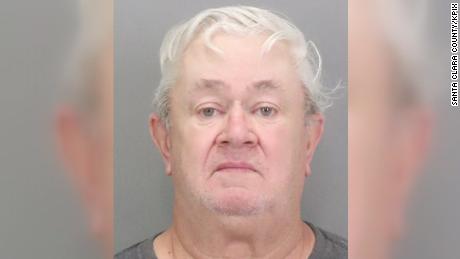 A Missouri man has been arrested and charged with arson in connection with Reservoir Fire that burned approximately 128 acres, according to California fire officials.

The suspect, Freddie Owen Graham, 68, had flown in from Missouri and rented a car, which he used to drive along Calaveras Road in Santa Clara County to start the fires, according to an investigation report by the California Department of Forestry and Fire Protection, known as Cal Fire.

The fires were dubbed the Reservoir Fire due to the fire’s proximity to the Calaveras Reservoir north of San Jose.

Cal Fire law enforcement officers arrested Graham on September 23 and charged him with 13 counts of arson to forest land and two counts of arson during a state of emergency.

According to the report, an unnamed citizen contacted Cal Fire on September 20 to report they saw Graham acting suspiciously trying to use his cell phone in an area where there was no service. Photos of Graham and his vehicle, a silver SUV with Oregon license plates, were sent to Cal Fire investigators, the report said.

A day later, while responding to a vegetation fire along Calaveras Road, a Cal Fire battalion chief saw a man and a vehicle matching the photos sent the previous day to investigators, according to the report.

According to the report, when investigators spoke to Graham, he admitted to lighting the fires along Calaveras Road. Graham told officials that he used a lighter to set fire to a paper bag and napkins from a fast food restaurant before throwing it out the car window, according to the report.

Graham told investigators that he started the fires because he planned to drive the road with his late wife before she passed away and it made him emotional, according to the Cal Fire report.